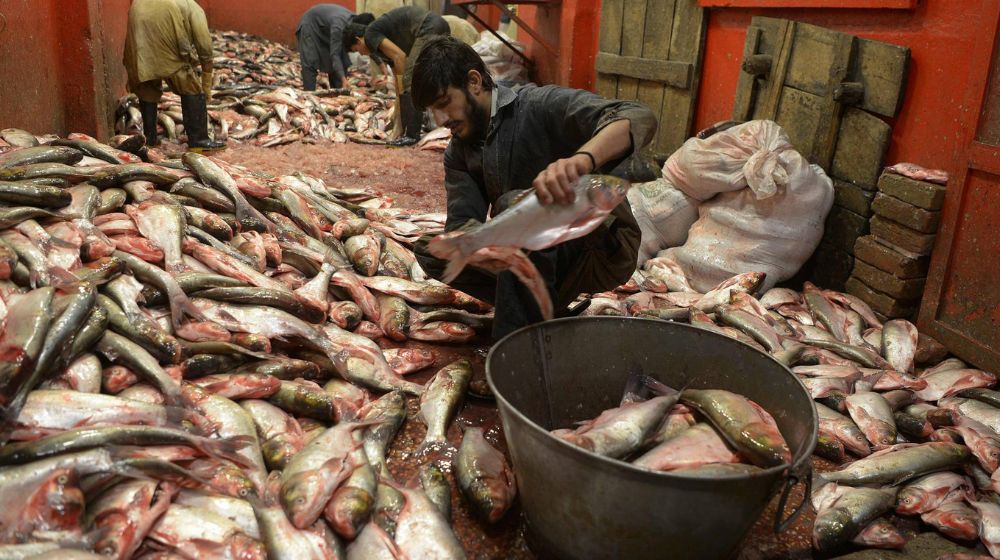 Around 90 percent of the fish consumed in Pakistan is unfit for human consumption as it is putrid and contaminated, as stated by an official of the World Wide Fund for Nature (WWF).

WWF’s Technical Advisor on Marine Fisheries and former Director General of the Marine Fisheries Department, Muhammad Moazzam Khan, presented the assessment at the seminar ‘Blue Economy: An Avenue for Development in Pakistan’ that was held at the Pakistan Institute of International Affairs.

He remarked that most of the fish sold in shops and on roadside carts is unhealthy for human consumption.

Fish are very delicate protein items and putrefy very quickly if not iced or frozen as soon as possible.

He continued, “Fish are usually kept at room temperature and sometimes at above 40°C, and vendors sprinkle water on them to make them look fresher and keep them from decaying. But they have already become unfit for consumption, yet people buy and consequently, fall sick”.

Khan also advised that fish should be preserved between 0°C and 5°C to prevent them from decaying.

He also highlighted that Pakistan exports approximately 10 percent of the total fish caught while the remainder deteriorates or decays as boats often do not have deep freezers and other facilities for storage and preservation.

Furthermore, Khan mentioned that although the volume of seafood exports is rising, Pakistan has been unable to meet the target for various reasons, including insufficient processing facilities and low-quality controls.

He also revealed that Pakistan’s fisheries industry is still completely unregulated and that fleet size had grown unchecked. Citing data from a 2016 survey, Khan detailed that the overall fleet size consisted of 11,500 vessels, but now it has exceeded 20,000, and it needed to be reduced to between 5,000 and 6,000 to prevent overfishing.

Additionally, the General Secretary of the Pakistan Fisherfolk Forum (PFF), Saeed Baloch, stated that there is no detailed policy for the regulation of the fisheries sector. He added that none of the governments had devised a policy to improve the lifestyle of the fishing communities that still live in outdated conditions while lacking basic utilities such as drinkable water and drainage systems.

He also highlighted the problem of sea pollution caused by the massive discharge of untreated effluents into the ocean.

Other speakers at the seminar also discussed a range of topics about Pakistan’s blue economy, including the challenges it encounters, problems with marine fisheries, and the socioeconomic advancement of the coastal areas.