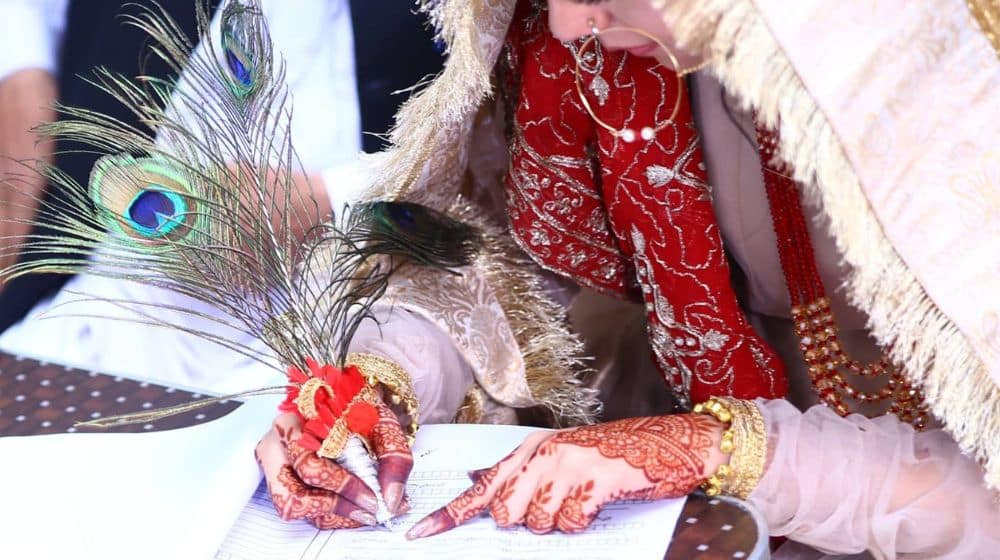 The Human Rights Commission of Pakistan (HRCP) has contended the Government of Punjab’s step to mandate couples to sign a declaration of the finality of the Prophethood (Peace be Upon Him) in Form II of the nikahnama (marriage contract).

It said in a statement on Monday that “such a provision panders to the right wing and could be used to incite violence against religious minorities if misused”.

It explained that “the practical purpose of Nikahnama is to establish that both parties are contracting a marriage freely and to protect women’s right to divorce. It is not to establish an individual’s religious beliefs, which are a private matter and protected by Article 20 of the Constitution”.

The HRCP added that such a declaration is already compulsory for the acquisition of identity documents and should not be necessary for the marriage document.

The move to add the newlyweds’ oath of Khatam-e-Nabuwat in the nikahnama was made by Chief Minister Chaudhry Parvez Elahi as the Speaker of the Punjab Assembly, and the amendment was made through legislation.

Last week, Punjab’s local government and community development department issued an updated version of Form II of the nikahnama, and instructed the union councils’ (UC) secretaries to ensure adherence to it. Additionally, non-compliance would result in strict disciplinary action against the concerned UC secretary.

Accordingly, nikah registrars were under an obligation to use the updated version of the document, and it was stated that any registrar found not using it would be punished under sub-rule (4) of Rule 7 of Punjab Muslim Family Rules under Muslim Family Laws Ordinance 1961.

As per the law,

If any person to whom a license has been granted under this rule contravenes any of the conditions of such license, he shall be punishable with simple imprisonment for a term which may extend to one month, or with fine which may extend to two hundred rupees or with both.