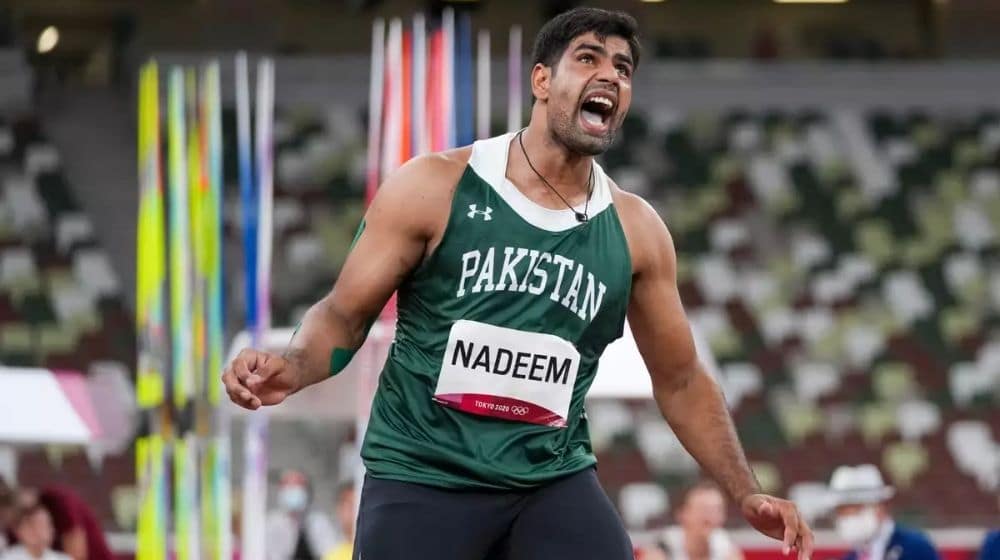 Pakistan’s renowned Javelin Thrower, Arshad Nadeem, has directly qualified for the finals of the Commonwealth Games 2022 after the organizers skipped the qualification round due to fewer entries in the category.

An official confirmed to the media that the organizing committee has already informed all the participants in the competition to be ready for the final while the committee will soon reveal the list of finalists.

Meanwhile, another Pakistani athlete, Jamshed Ali, has also qualified directly for the finals in the Shot Put event. The qualifier was scheduled for August 3, but the Jamshed will now feature in the finals on August 5.

It is important to note that Arshad, who finished fifth in the World Athletics Championship, will not face India’s Neeraj Chopra because of an injury that prevented Chopra from competing in the Commonwealth Games in 2022.

Pakistan’s contingent has displayed a poor show at the event and is yet to win a medal at the ongoing Commonwealth Games, but some athletes have shown signs of hope for a medal at the showpiece event.

Yesterday, Pakistani boxer, Ilyas Hussain, successfully qualified for the quarter-finals of the Men’s Over 54kg–57kg (Featherweight) competition and will face England’s Jude Gallagher in a knock-out match today.