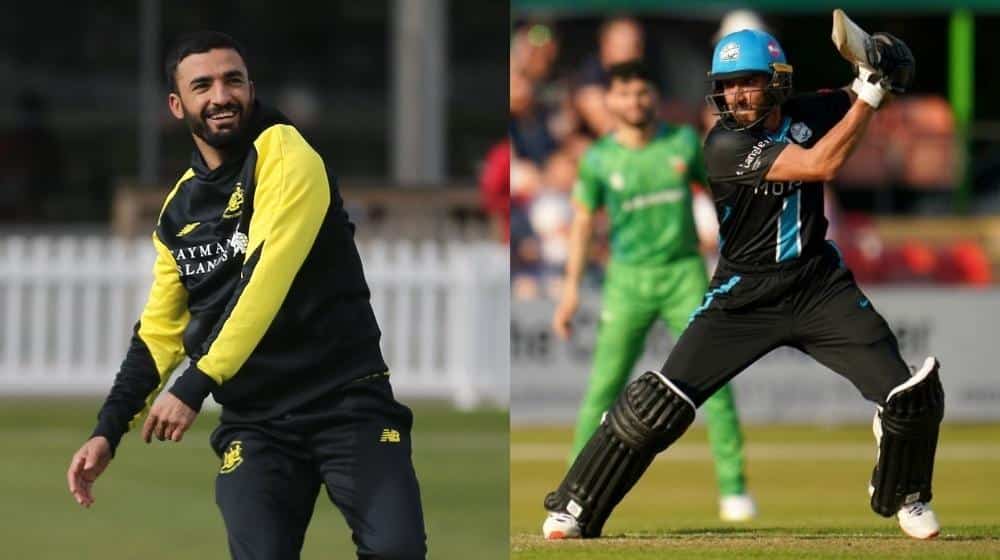 Zafar Gohar and Kashif Ali were the stars of the show on the first matchday of the English One Day Cup. The two alongside experienced Pakistani batter, Azhar Ali, were the only three Pakistani players in action on the first day.

Kashmir-born Kashif Ali has made a name for himself in England after a string of sensational performances in T20 cricket. He continued his rich vein of form in the 50-over format as well as he struck a magnificent century on his debut in the format. Kashif scored 114 runs off 99 balls for Worcestershire as he helped them post a mammoth total of 351/8 on the board in their match against Kent.

Kashif’s exceptional century however went in vain as Kent managed to chase down the target with 7 wickets in hand and more than 5 overs to spare. Young wicket-keeper batter, Ollie Robinson, scored an unbeaten double-century to take Kent over the line.

Meanwhile, Zafar Gohar registered his highest score in List-A cricket as he rescued Gloucestershire from a precarious position. Zafar stepped onto bat with Gloucestershire struggling at 5/158. He went on to score a brilliant half-century, scoring 62 runs off 51 balls as he took their total to a respectable 264 in their allotted 50 overs.

Despite Zafar’s best efforts, Gloucestershire were unable to defend their target as Dom Sibley scored a scintillating century to win it for Warwickshire. Zafar was economical with the ball as well but he was unable to pick a wicket as Warwickshire won the match by 8 wickets.

Azhar Ali, on the other hand, failed to impress in his first outing in the format for over three years. He could only manage 8 runs off 20 balls coming in as an opener for Worcestershire.