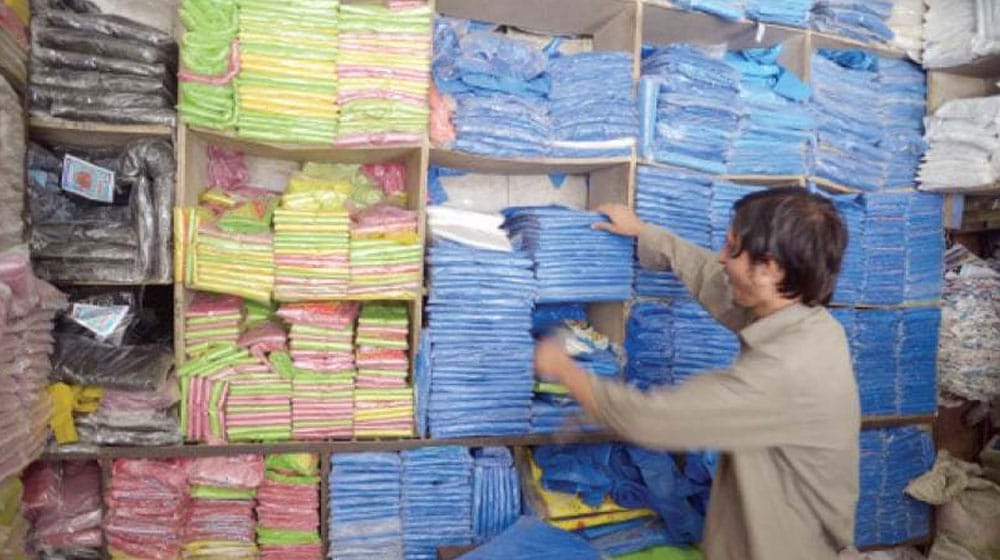 The Sindh government has allegedly transferred an official of the Karachi Metropolitan Corporation (KMC) for launching a crackdown against the use of plastic bags in the provincial capital.

According to details, former Mayor of Karachi, Wasim Akhtar, had appointed Bashir Ahmed as Director Anti-Encroachment Department back in 2018.

Recently, Bashir Ahmed launched a crackdown against the use of plastic bags. However, Bashir was accused of turning a blind eye toward some traders of plastic bags, which reportedly became the cause of his transfer.

A group of traders filed a complaint at KMC against Bashir Ahmed. They claimed that Bashir had been taking selective action against the traders of plastic bags.

Senior KMC officials then met with Chief Minister Sindh, Syed Murad Ali Shah, and informed him about the grievances of the traders. Bashir Ahmed’s transfer order reportedly came after this meeting.

Bashir Ahmed was the longest-serving Director Anti-Encroachment Department as he served from 2018 to 2022. Before him, none of the directors served for over two years.

Meanwhile, Bashir Ahmed has categorically rejected the allegations of a discriminatory crackdown against the traders of plastic bags.

Speaking in this regard, Bashir Ahmed said that he launched the crackdown on the directives of Administrator Karachi, Murtaza Wahab. Bashir said that he has been transferred because he took action against the plastic bags mafia that has deep ties with those in power.

On the other hand, KMC Metropolitan Commissioner, Syed Afzal Zaidi, has said that a new Director Anti-Encroachment Department will be appointed in the coming days.

Commissioner Metropolitan KMC added that the new officer will not be from the Sindh government. Instead, a KMC officer will be appointed as the new director.