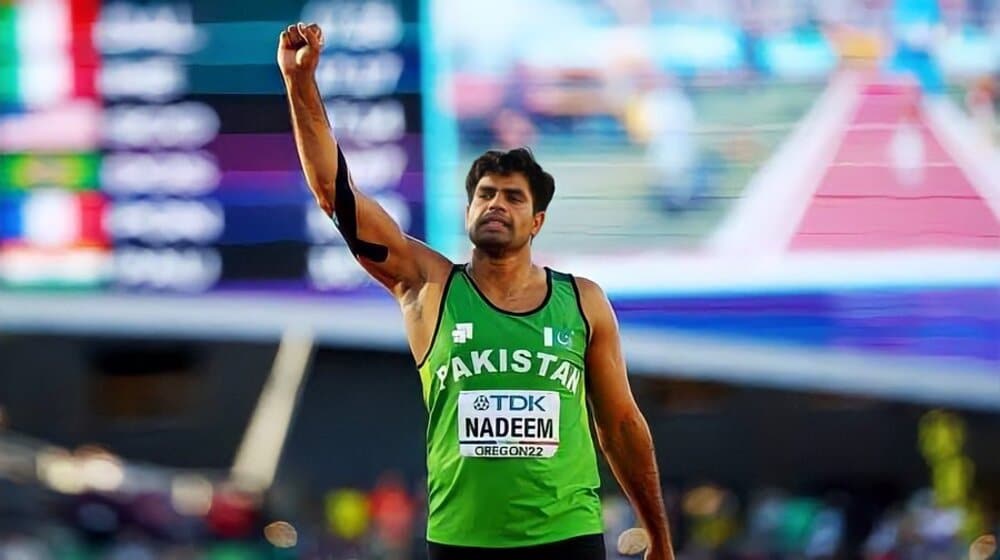 Pakistan’s Arshad Nadeem created history as he became the first athlete from South Asia to cross the 90-meter barrier in men’s javelin throw on his way to a historic gold medal at the 2022 Commonwealth Games (CWG) in Birmingham.

The Olympian javelin thrower also became the first Pakistani in 60 years to claim a gold medal in athletics at the Commonwealth Games.

The 25-year-old started the first round with a personal best throw of 86.81 meters. After his second throw was declared invalid, he smashed his own record in the third attempt of 88 meters.

The Olympian’s fourth attempt saw him register a throw of 85.09 meters, but there was a lot more to come. Nadeem stunned the world in his fifth attempt as he became the first South Asian to cross the 90-meter barrier in the sport with a 90.18-meter throw.

The youngster, hailing from Mian Channu, who had sealed the gold after his fifth attempt, threw at 81.29 meters in his sixth attempt.

Nadeem’s 90.18-meter throw was far better than the 87.58-meter throw of India’s Neeraj Chopra, that won him gold at the Tokyo Olympics.

This was Pakistan’s second gold at the Commonwealth Games 2022. Earlier, weightlifter Nooh Dastagir Butt had won the gold medal in the men’s +109kg weightlifting final.

Pakistan last won gold in athletics at the Commonwealth Games way back in 1962 when Olympian Ghulam Raziq won gold in men’s 120-yard hurdles in Perth.