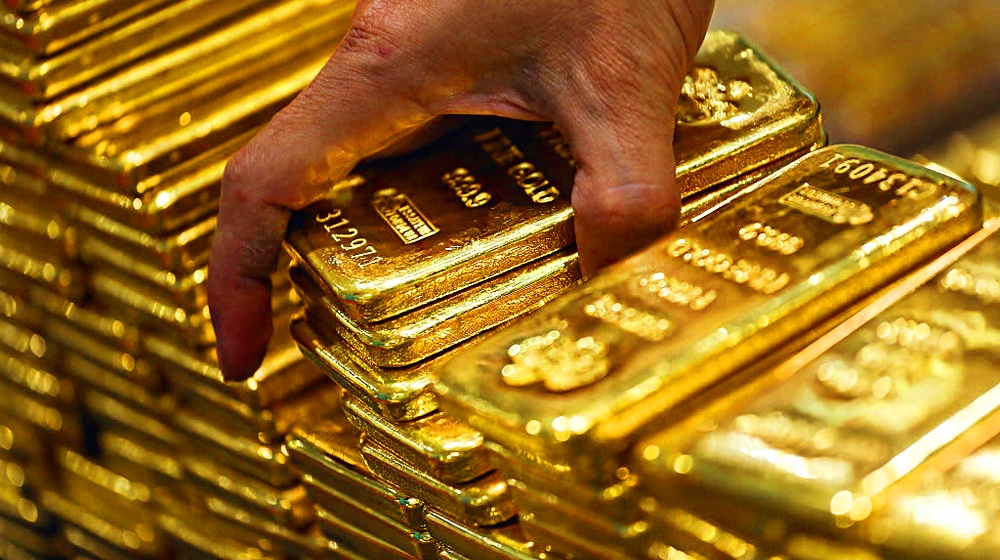 The Ministry of Commerce (MoC) has recommended curtailing imports of gold until the exchange rate stabilizes.

A meeting of the Sub-Committee of the Senate Standing Committee on Commerce was held in Parliament House. The meeting was convened for a briefing on gold imports under the convenership of  Senator Fida Muhammad.

The committee discussed various issues that challenged the industry. Details of import policy were shared as well. It was asserted that presently the import of gold into Pakistan is governed under the Entrustment and Self Consignment Schemes. Under the Self Consignment Scheme, a jeweler can export jewelry made from locally procured precious metals and gemstones and is allowed to realize 50 percent of such export proceeds in the form of gold import.

MoC has been receiving representation from the gems and jewelry sector to review stringent policies. The ministry has also received recommendations from the Prime Minister’s Taskforce for Gems and Jewellery and Tax Ombudsman regarding this matter. Accordingly, a Gems and Jewellery Committee was formulated by MoC to address concerns. The panel consisted of representation from MoC, the State Bank of Pakistan (SBP), the Federal Board of Revenue (FBR), and the Trade Development Authority of Pakistan (TDAP). Proposals have been finalized for amendments.

The committee was informed that currently, zero percent duty was being charged, and 17 percent sales tax has also been lowered to encourage jewelers to join the tax net. Given the current economic situation of the country, the ministry recommended that imports of gold must be curtailed until the rupee stabilizes. The matter could be reviewed at a future date.

The committee directed that the FBR be summoned in the next meeting for details on taxation rules applicable to the industry. The members of the Sarafa Committee will also be called for a holistic view.