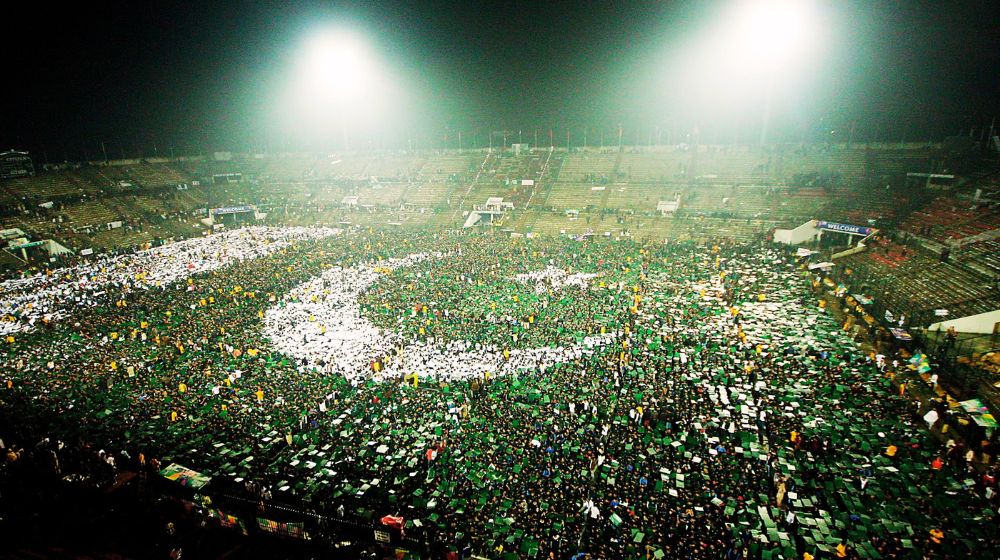 The initiative was planned under the special directive of Deputy Commissioner (DC) Islamabad, Irfan Nawaz Memon, and under the supervision of Director Sports, Culture, and Tourism, Aamir Shehzad, as per a news release issued on Thursday.

Explaining the purpose of the activity, the DC said, “It is aimed at enlightening the coming generation about the sacrifices rendered by our forefathers for the creation of Pakistan. It will also help them realize that it is a ‘great blessing’ to live in a free country”.

The activity is part of a special function at the park, at which DC Memon will be the chief guest.

In 2014, Pakistan broke the Guinness World Record for the Largest Human National Flag made by 29,040 students at the National Hockey Stadium in Lahore.

Pakistan also made the largest human flag in 2012 with the participation of more than 24,200 people at the Punjab Youth Festival, but its record was later broken by Bangladesh.