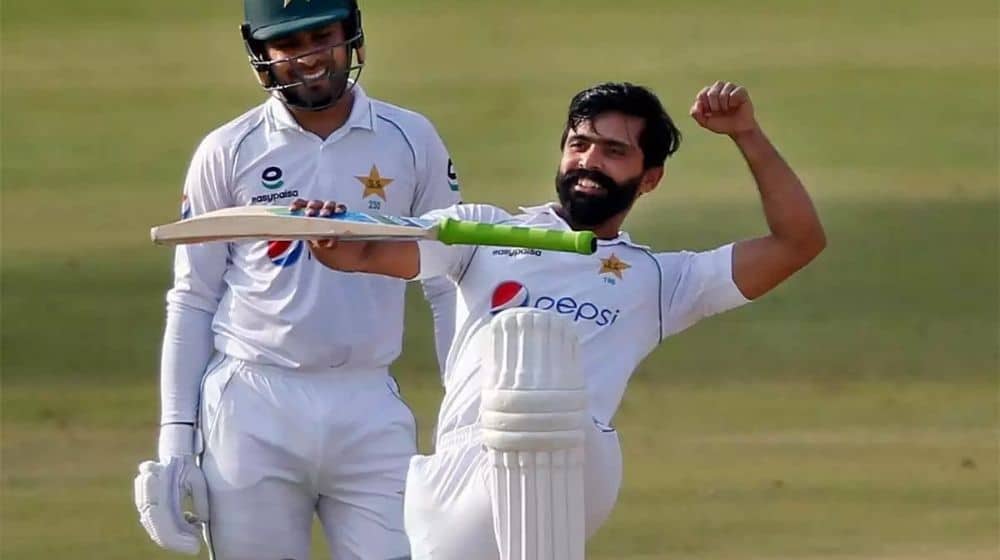 Fawad Alam recently opened up about getting few and far between chances at the international level despite being a constant performer. The star cricketer affirmed that his focus remains on cricket even when he gets dropped from the national squad.

Fawad Alam appeared on a comedy show where he was asked the ‘question of his career’ by the host Tabish Hashmi. It has always been a debate as well as an unsolved mystery for the cricket fraternity that Fawad Alam’s consistent performances have failed to earn him a spot in the playing XI consistently.

The host questioned Fawad Alam whether the star cricketer ever believed that his good performances always end up getting him dropped from the team, to which Fawad Alam replied that he does not believe in negative notions.

The star cricketer further added that he looks to deliver his best whenever the time comes and his focus solely stays centered on his game no matter whether he gets to play international cricket or not.

The host also took a dig at the selectors as he commented on Fawad Alam’s silent outing against Sri Lanka in the recently concluded Test series. Tabish asked Fawad Alam if he tried not to perform well because good performances might end up getting him dropped.

Fawad Alam denied the notion as he asserted that he is always looking to give his best on the field.