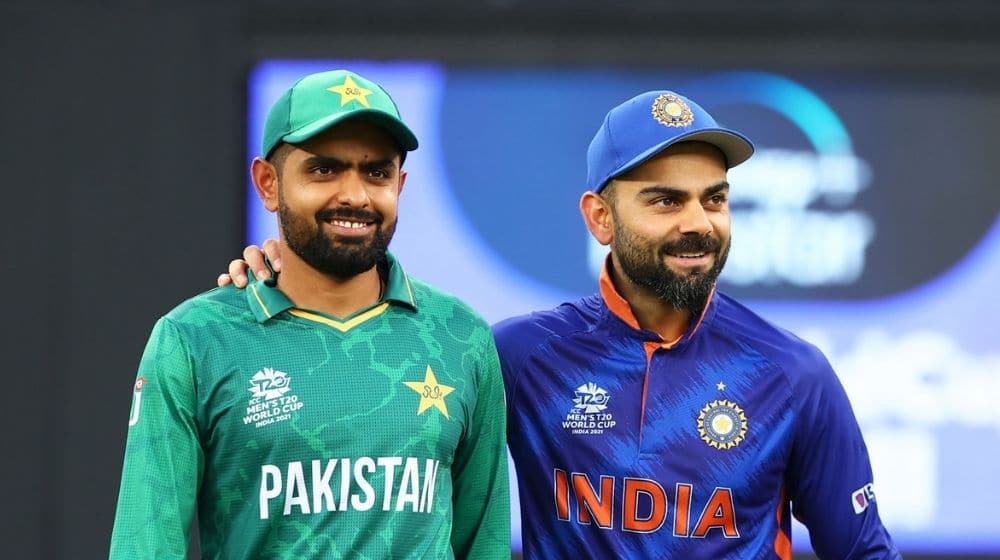 Indian batter Virat Kohli acknowledged Pakistan skipper Babar Azam as the “top batsman in the world across formats” while highlighting the two competitors’ mutual respect for each other.

ALSO READ
Why Does Pakistan’s Vice Captain Want Kohli to Smash a Century in Asia Cup?

Indian star cricketer Virat Kohli spoke up about his connection with Pakistan skipper Babar Azam ahead of the two arch-rivals’ Asia Cup encounter on Sunday.
Answering a question about his bond with Pakistani counterpart, Virat Kohli mentioned that he first met Babar during the 2019 World Cup and received sheer respect from the then emerging star.

“The first interaction I had with him was the 2019 World Cup after the game in Manchester. Him and Imad (Wasim). Imad I have known since Under-19 cricket, we have played against each other and Imad said Babar wanted to have a chat. We sat down and spoke about the game. I saw a lot of regard and respect from him and that hasn’t changed regardless of the fact that he is probably the top batsman in the world right now across formats, performing so consistently,” Virat Kohli told the interviewer.

The Indian star then lauded the in-form batter for the humbleness of his character, saying “And rightly so, he has amazing talent and I have always enjoyed watching him play. So that hasn’t changed. He is performing now and he is coming into his own, but I don’t see his attitude or his approach change towards me, which is a very good sign of someone who is very grounded in his foundations of his upbringing.”

Virat Kohli also declared Babar Azam as an inspiration for the future generations. He said, “His cricketing foundations as well are very solid. So these kinds of players, these kind of characters go a long way and inspire a lot of people. And I see that happening with him as well.”

He is probably the top batsman in the world right now across format. He is amazing talent and I always enjoy watching him play: Virat Kohli ok Babar Azam @babarazam258 @imVkohli pic.twitter.com/Xmrn4eZGQz

Former Indian skipper also claimed that the likes of Babar Azam are the ones who bring enthusiasm into the game of cricket.” I congratulated him yesterday on how he’s been playing and told him how amazing to watch it is and I wish him all the best. And he deserves all of this. And eventually you need to have players like him to keep world cricket exciting,” he said.

The two star batters will compete against each other on Sunday as the both teams are set to launch their Asia Cup 2022 campaign with the high-profile encounter.