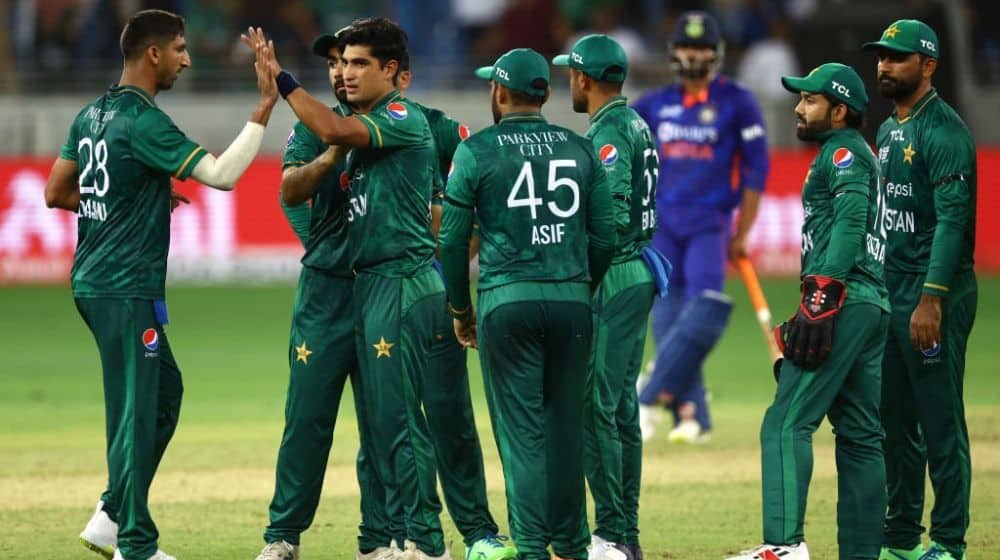 Pakistan’s narrow loss to arch-rivals India in their opening match of the 2022 Asia Cup left many cricketing fans disappointed as the Men in Green lost the grip of the match at the backend of the second innings.

Despite the loss, Pakistan’s bowling attack played their heart out as they looked set to defend a low target of 148. Pakistan’s batters were unable to make their mark as they kept losing wickets at regular intervals and only a late flurry from bowlers Haris Rauf (13 off 7) and Shahnawaz Dahani (16 off 6) helped them put a decent total on the board.

Young express pacer, Naseem Shah, brought Pakistan back into the game as he dismissed KL Rahul in the first over of the innings and fine bowling performance from the entire bowling unit was the highlight of the match. Eventually, Indian all-rounders, Ravindra Jadeja and Hardik Pandya took on the attack and won the match for their team with just one ball remaining.

While the Green Shirts were unable to secure a win, their efforts were much appreciated by the cricketing faithful as they lauded the team’s brilliant fightback. The cricketing fraternity took to social media and showered the team with praises for their exceptional display on the field.

Let’s have a look at some of the reactions:

Despite the match result, one can’t neglect the commendable passion and effort shown by Naseem Shah. Sky is the limit for this kid, he is up-to better and greater InshaAllah pic.twitter.com/UdUA31lXje

Results mean nothing when you fight like that🙌🏽🙌🏽 and a good game of cricket. #AsiaCup2022 #PAKvIND

For Pakistan bowlers- well done boys. You were superb. 👍💪 Nasim you are special ❤️

What a fightback by Pakistan's bowling unit. India came out stronger in the end. What a match!!

I am only praying that Naseem Shah stays fit..the way he announced his arrival at world stage today against one of the best teams in the world was EPIC 🔥
He was breathing fire today and didn’t let any batsman dominate him..thats what Pakistan pace attack legacy is all about..

My heart goes for Naseem Shah and Haris Rauf who bowled death overs even when they had cramp in their legs. They deserve appreciation. Respect from other side of border. 🇮🇳#INDvsPAK #INDvPAK pic.twitter.com/AUu9AJa2oC

As we celebrate Hardik Pandya, which we should, doff your hats for Naseem Shah, for that effort put in despite cramps. Literally cranking it up at 142 clicks with one leg.#INDvsPAK

Absolutely brilliant over that one..almost changed the game there 🙌🏻