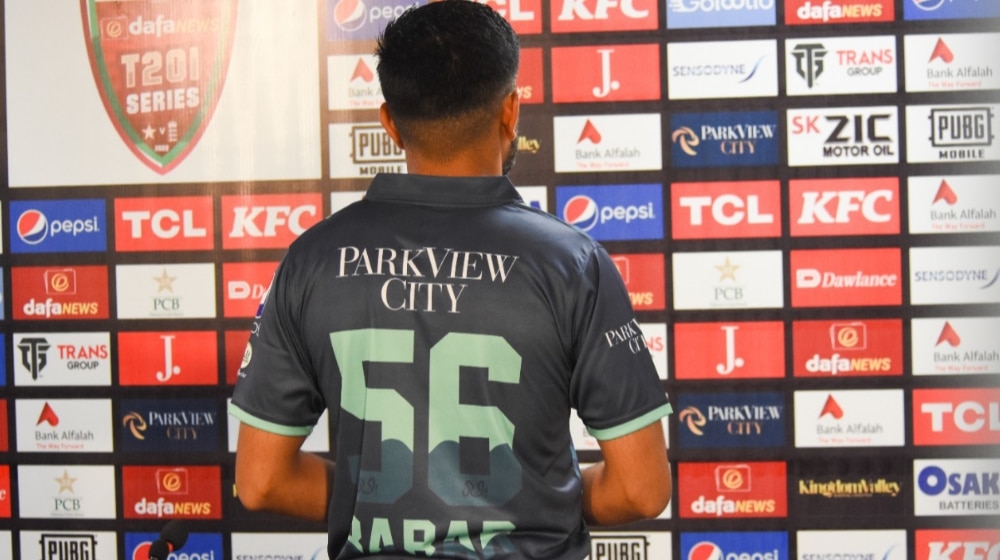 Pakistan will be wearing a special kit for the first T20I against England in order to mark the fundraiser for the flood victims.

Millions of people in Pakistan have been affected by floods due to which Pakistan Cricket Board has decided to step up and aid the flood victims.

In this regard, the first T20I match scheduled to be played between Pakistan and England on 20th September at National Stadium Karachi has been declared a fundraiser. The gate money for this match will be donated by PCB to the flood victims.

Moreover, the Pakistan team will wear a special jersey to promote the cause and help the flood victims. Babar Azam unveiled the jersey in the pre-match press conference and while the design looks similar to the newly launched kit for T20 World Cup, the color of the jersey is darker to signify the adverse effects of floods.

Pakistan team will be wearing a special jersey in the first T20I to raise awareness about the devastation that the floods have caused in the country.#PAKvENG | #UKSePK pic.twitter.com/vfsXPOdu4O

Babar Azam also announced that the match fees of one Asia Cup match will be donated to the flood victims fund.

Babar Azam speaks to the media before the England series.