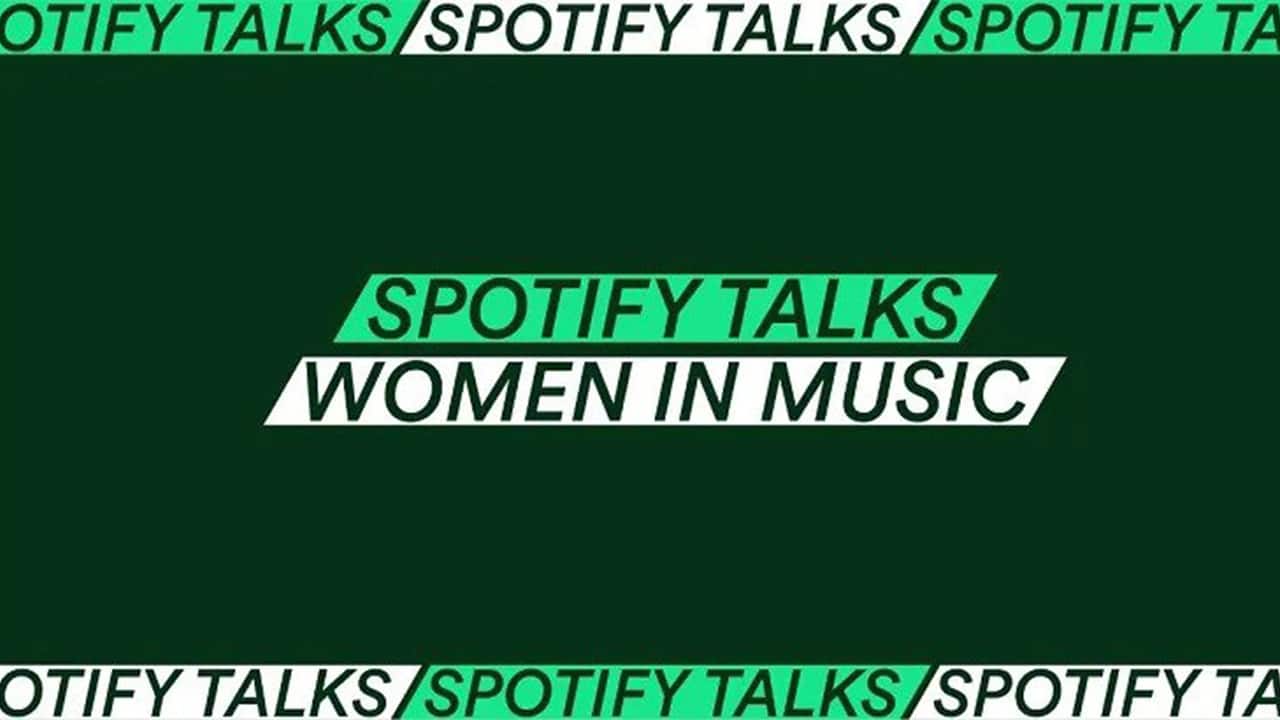 Hosted by Anoushey Ashraf and featuring Momina Mustehsan, EQUAL Pakistan Ambassador for September, alongside previous EQUAL Ambassadors Natasha Baig and Zoha Zuberi, the episode sheds light on the journeys women creators embark on when pursuing a career in music.

From the lack of social support for their career choices to having limited opportunities in the music industry, the panelists discussed the resistance they faced and how they persisted.

Creating a path for themselves in a male-dominated industry requires hard work and personal drive to find the right avenues for their work to be seen and heard.

“For me, the reason that I ever made music is because I feel like it’s a tool of storytelling. So, I never even imagined a scenario where anyone would really be paying much attention to it,” tells Momina on why she started making music.

“I think everything comes with a cost. And yes, it was very hard to deal with the attention that I was getting initially, but looking back at it, I think every learning experience comes with some kind of process. And either you are able to deal with it or it takes you a little longer to try and figure it out,” she added while sharing her experience of going viral overnight.

Speaking of her experience as a woman hailing from Hunza Valley and choosing a career that is still not considered appropriate widely, Natasha shared how her choice impacted her relationship with her father.

She said, “My father never believed in my dreams. Although I was the first Hunzai girl coming all the way from the North who was dreaming about going into this commercial scene, I was quite confident about myself and so, I just told my father that I really want to do this.”

“I grew up with two brothers and what frustrated me the most was why all the rules were made for me and not for them. Just because I didn’t get to choose my gender does not mean that I give up all my dreams,” added Natasha.

The episode, spanning 60 minutes, also highlights how Spotify is leveling the playing field for women in audio through its music program EQUAL Pakistan which is opening doors for women, regardless of their career stage or genre, to have their music discovered across the globe.

“Women artists added to our EQUAL Pakistan playlist are 20 times more likely to get discovered by a new fan. We are seeing fans listening to EQUAL Pakistan from the US, UK, Canada, Saudi Arabia and India,” shared Rutaba Yaqub, Spotify’s Music Manager for Pakistan, Bangladesh and Sri Lanka.

Despite barriers surrounding music careers, many young creators find comfort in it, including Zoha Zuberi, who talked about how music empowered her to express herself.

“For me, music was always about how I felt, and it was nothing else. So I wrote down my feelings, composed what I wrote, and I just wanted to share that with the world like a personal diary that you are putting out there. Because as an introverted child, I had nothing else to communicate with. I only had music,” said Zoha.

Towards the session’s conclusion, the panelists highlighted the importance of educational avenues for the younger generation of Pakistani musicians while also discussing the value of collaboration between artists and how it fosters creativity. 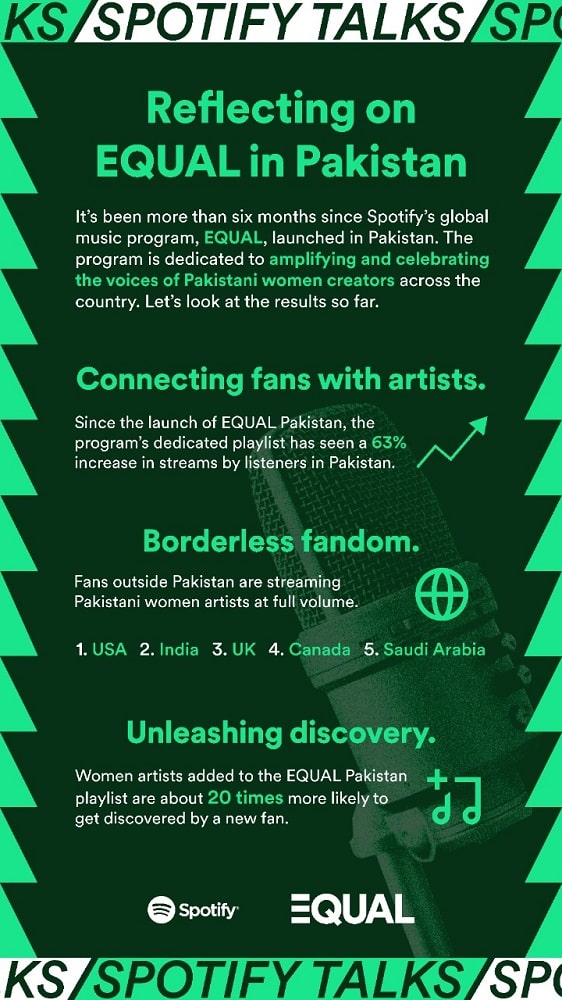 As a close to the insightful and lively discussion, Natasha Baig performed a soulful rendition of her song, Wajood-e-Zan.

To watch the entire “Women in Music” episode, head to the Spotify Talks Ep 1 Session Link.