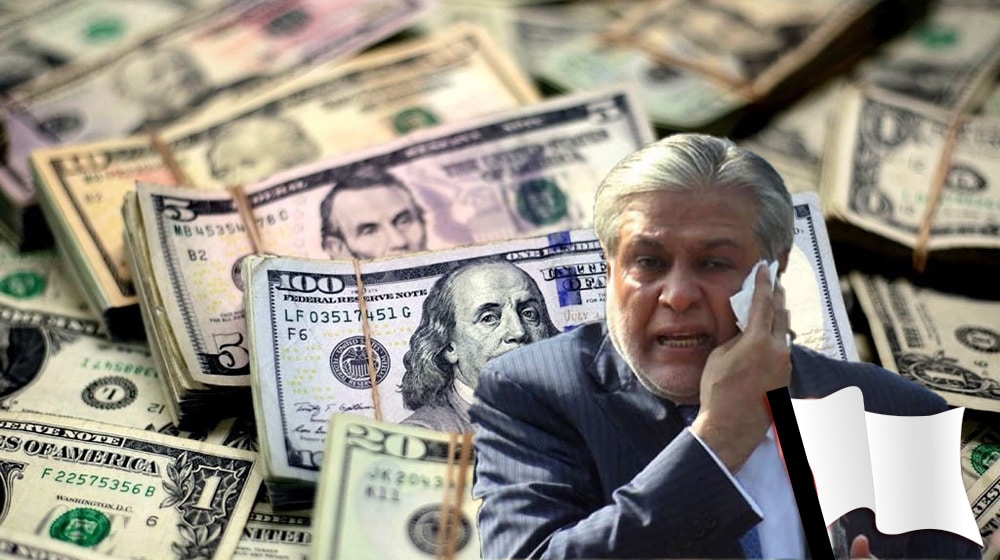 The Pakistani Rupee (PKR) rose further against the US Dollar (USD) and posted more gains during intraday trade today.

It appreciated by 0.52 percent against the USD and closed at Rs. 228.45 after gaining Rs. 1.17 in the interbank market today. The local unit quoted an intra-day low of Rs. 229.50 against the USD during today’s open market session. 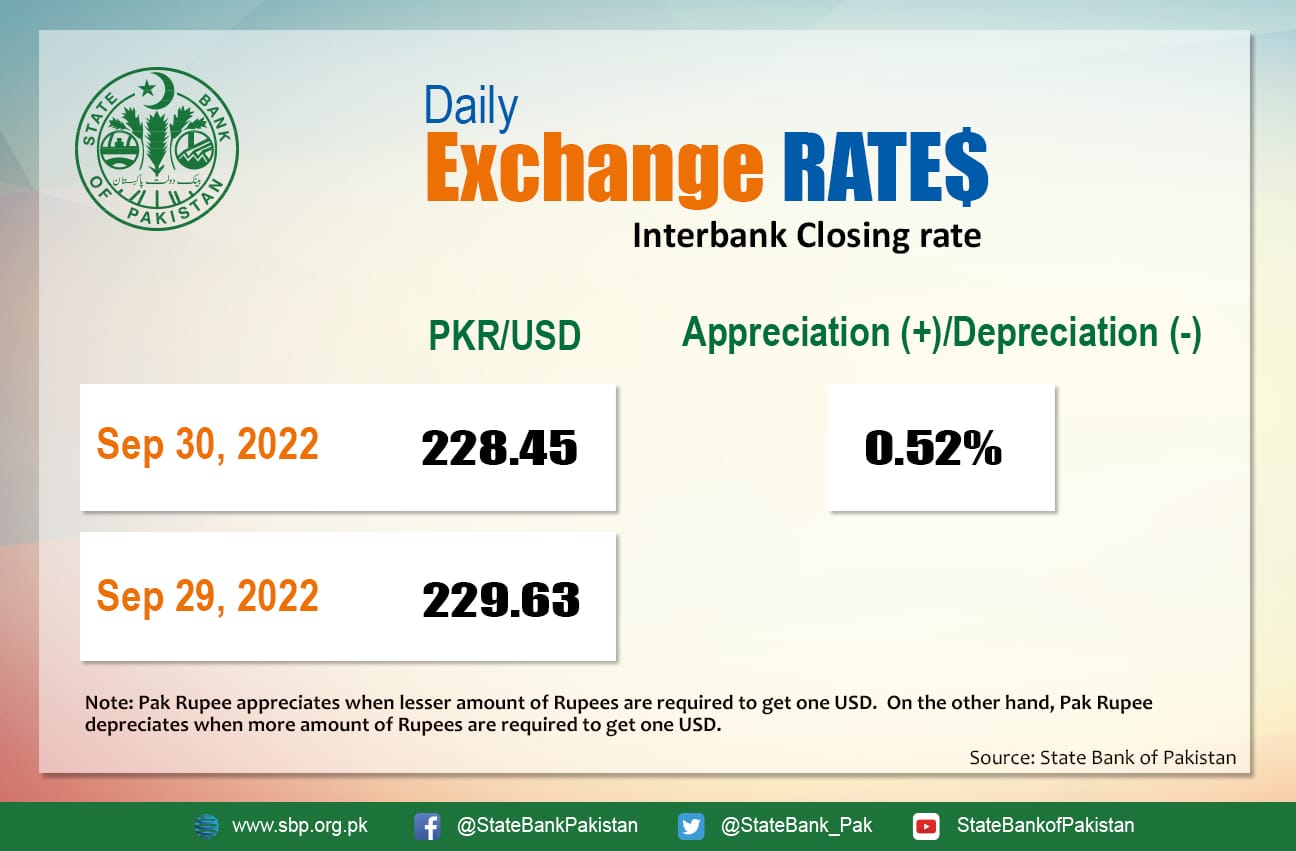 The local unit was opened in the green and was trading at 229.5 at 10 AM. By midday, the greenback went as low as 227.25 against the rupee. After 2 PM, the local unit stayed at the 228 level against the top foreign currency before the interbank close.

The rupee continued its massive run against the dollar for the sixth consecutive day today. Currency speculation appears to have decreased for now, following the finance minister’s announcement that no one would be allowed to manipulate the money market.

Experts say the PKR recovery is being driven by sentiment. Exporters are selling dollars in the market over the likelihood of more increases in the value of the rupee in the near term. Furthermore, in the aftermath of the floods and food crises, the IMF’s loan program and aid pledges from bilateral and multilateral sources have made trends ease a bit.

Globally, oil prices were on track for their first weekly gain in five weeks, supported by a weaker dollar and the prospect that OPEC+ will agree to cut crude output when it meets on October 5.

Brent and WTI contracts rose more than $1 earlier in the session and are on track for a 4 percent weekly gain. It would be the first weekly increase since August and would come on the heels of nine-month lows earlier in the week.

The drop in the dollar from 20-year highs earlier in the week supported oil prices. A weaker dollar makes dollar-denominated oil more affordable to buyers holding other currencies, increasing demand for the commodity. Still, analysts forecast a reduction in output because rising interest rates and fears of a global economic slowdown have weighed on crude prices. 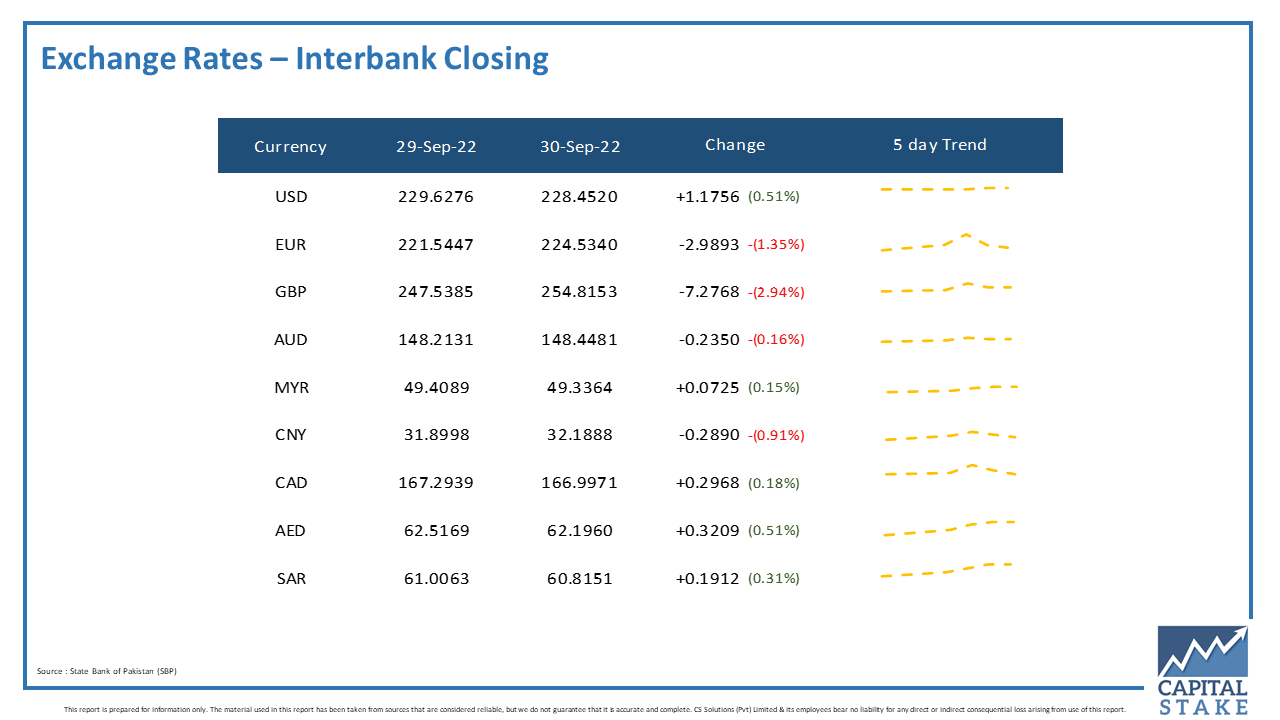 Conversely, it lost 23 paisas against the Australian Dollar (AUD), Rs. 2.98 against the Euro (EUR), and Rs. 7.27 against the Pound Sterling (GBP) in today’s interbank currency market.