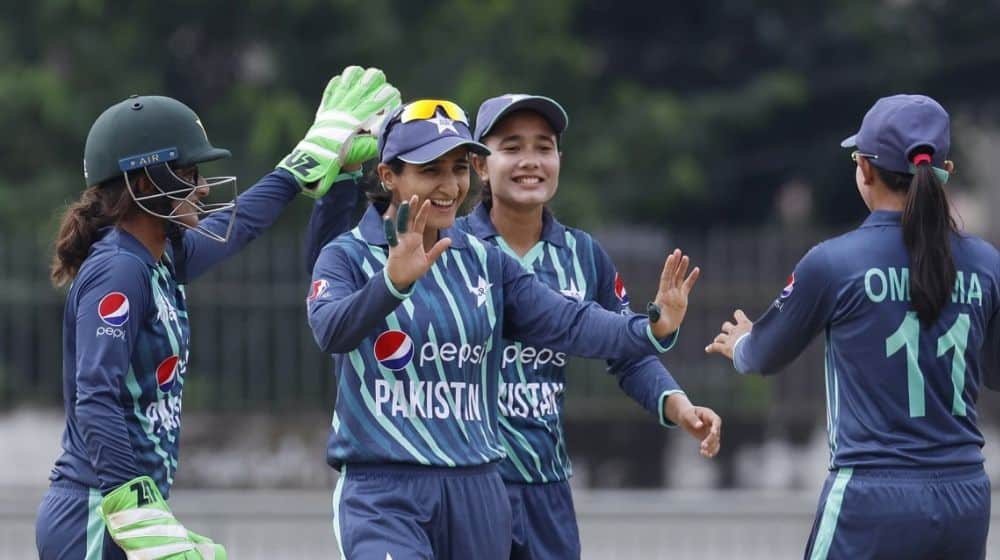 Pakistan defeated arch-rivals India by 13 runs in the Women’s Asia Cup 2022 on Friday at the Sylhet International Cricket Stadium. It is the first time in the last six years that Pakistan has defeated India in the T20 format.

ALSO READ
Which Teams Will Make it to T20 World Cup Semi-Finals?

Experienced all-rounder, Nida Dar, scored an unbeaten 56 off 37 balls and Bismah Maroof scored 32 off 35 which led the Women in Green to a solid total of 137 runs as Deepti Sharma and Pooja took three and two wickets respectively.

The bowling unit performed beautifully while defending the target, getting two quick wickets when 29 runs were on board, but Dayalan Hemalatha and Deepti Sharma steadied the ship for India as they scored 20 and 16 runs, respectively.

ALSO READ
Here is Why Misbah-ul-Haq Was Trending During Pakistan Vs. Bangladesh Match

Slow left-arm orthodox, Nashra Sandhu took three wickets, Sadia Iqbal and Nida Dar took two wickets each while Aiman Anwar and Tuba Hasan took one wicket each as Pakistan defended the target with 13 runs to spare. Nida Dar was awarded player of the match for her all-around performance.