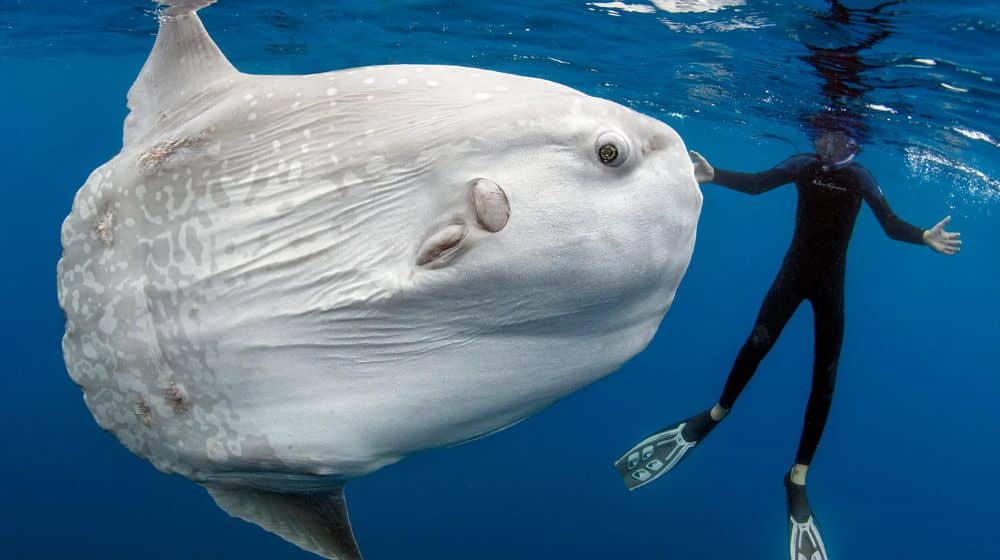 Local fishermen in Balochistan’s Gwadar accidentally caught an extremely rare sunfish that weighs over 2 tons and is typically found in the deep sea.

According to the details, Gwader fishermen were stunned by what they unexpectedly captured in their traps on Friday. As reported by ARY News, the fishermen caught a rare fish species known as ‘Sunfish.’

Last month, Senate urged the federal government to develop fisheries storage facilities in Gwadar so that impoverished fishermen are not compelled to sell their products to multinational trawlers.

Senator Danesh Kumar highlighted the issue of unlawful smuggling of fisheries within Balochistan during a meeting of the Senate Standing Committee on Commerce, which was led by Senator Zeeshan Khanzada.

He told the committee that due to a lack of sufficient storage capacity and technology, local fishermen are driven to sell their fish to global trawlers.

In this regard, Chairman of the Committee, Senator Zeeshan Khanzada, ordered that data on this issue be acquired from provincial governments and institutions, and advised that it should then be presented to the committee so that a policy can be developed.