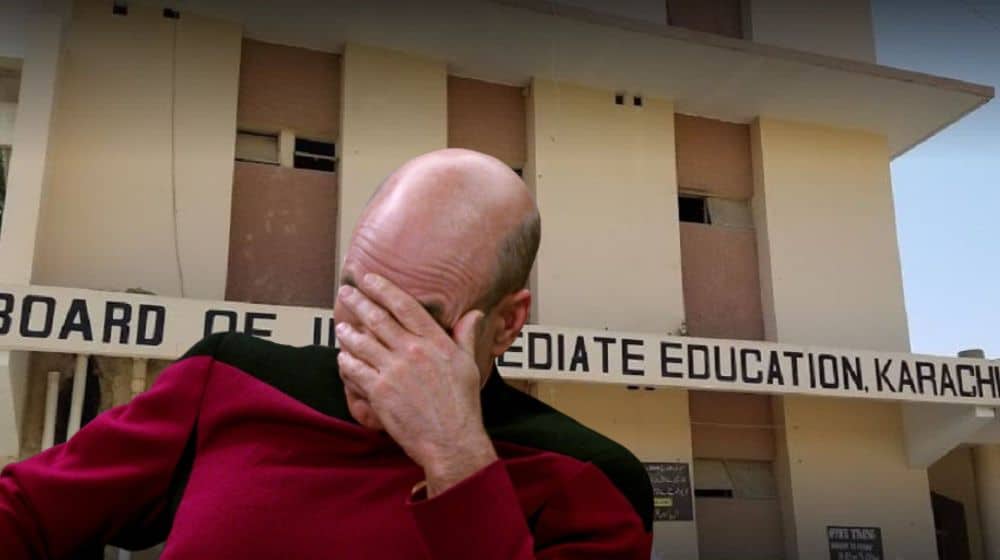 The Board of Intermediate Education Karachi (BIEK) has left everyone, especially students, in bewilderment after declaring its own news regarding the result announcement as fake.

According to the details, BIEK shared a press release (fake) on its Twitter handle and stated that the results of Intermediate Part-I (Pre-Medical) would be announced at 11 AM on its website and Android app on 18 November. Below is the ‘fake’ press release: 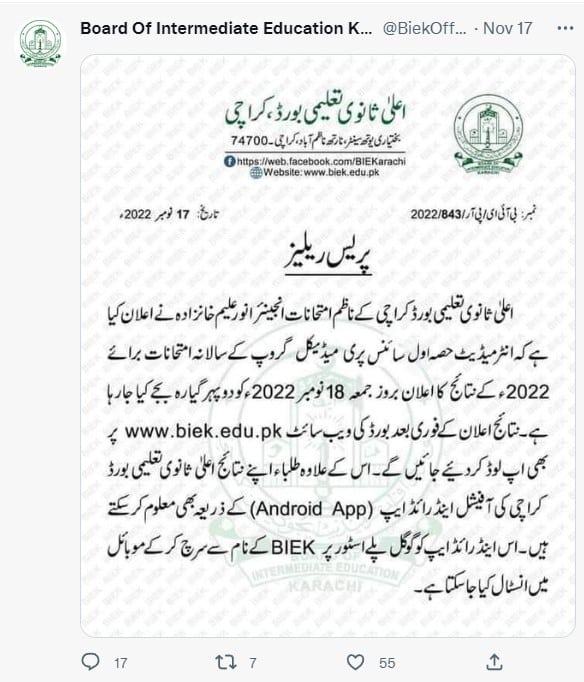 As a result, students and parents awaited the results with eager anticipation based on the aforementioned press release.

However, the entire day passed with no trace of a single result, which prompted affected parties to seek BIEK’s remarks.

Consequently, the BIEK released a clarification, which is more like confusion, stating that the reports on social media about the scheduled result announcement are simply fake news and adding that parents and students should check the official news via its website. Here is the BIEK’s clarification: 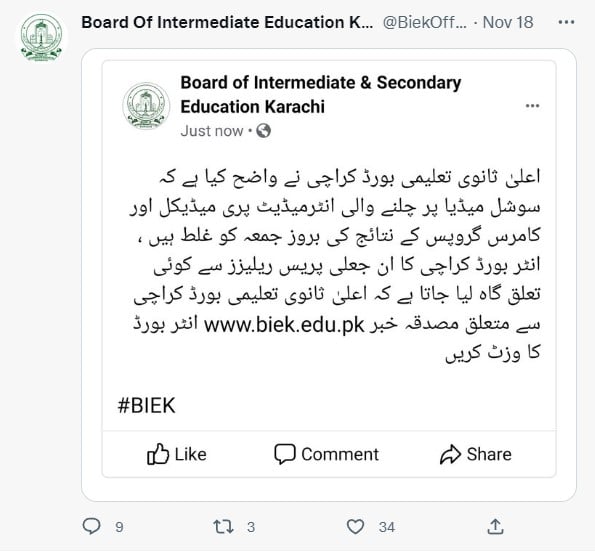 After reading the latest update, students began commenting on it and criticized BIEK for contradicting its own earlier announcement.

It is pertinent to mention here that the BIEK conducted class 11 exams between 18 June and 6 July this year. Almost six months have passed since the exams, and instead of announcing a result date, BIEK has merely issued a statement to refute its own rumors.