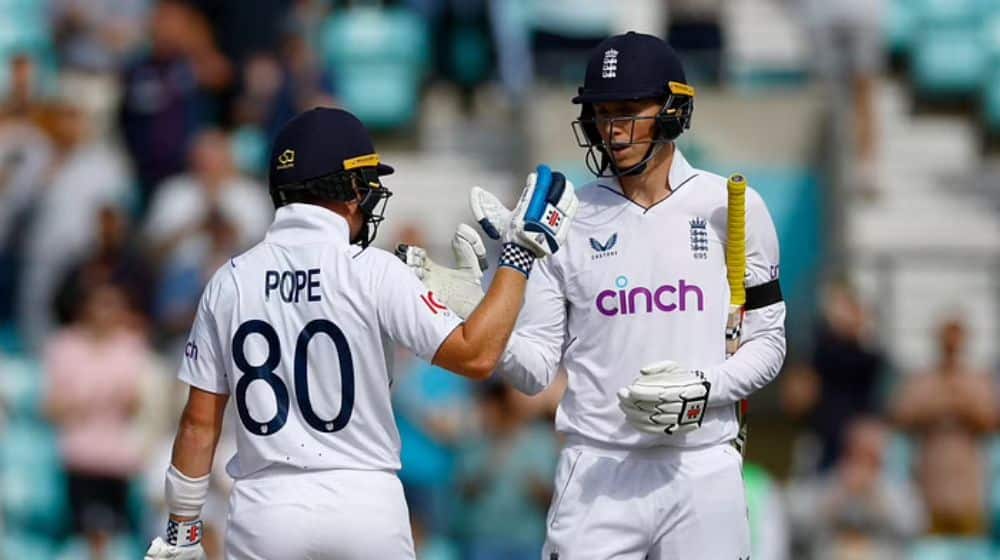 The three-match Test series between Pakistan and England is set to begin on December 1 at Rawalpindi Cricket Stadium. For the first time in 17 years, England will play red-ball cricket in Pakistan.

The historic series is crucial for the home team as it will determine their fate in the Test Championship. The squads have been announced, with some new faces joining the national teams.

The series will be a big test for Pakistan’s bowling department, which played a crucial role in limited-overs cricket this year. Pitches will also play a decisive role in the outcome of the series.

England had a fantastic summer this year, winning both of their home Test series against the two strong sides, New Zealand and South Africa, as well as the only Test against India.

The Ben Stokes-led side is currently in the United Arab Emirates for a preparatory camp ahead of the historic series, where a three-day practice match between England and England Loins began yesterday.

The first day of the practice match witnessed some outstanding cricket from the opening batter, Zak Crawley, who scored 96 runs off 89 balls, and Ollie Pope, who scored 146 runs off 120 balls.

The aggressive batting of Zak Crawley and Ollie Pope, with strike rates above 100, is a good sign for the visitors, as it will put a lot of pressure on the bowling attack. Note here that Pakistan’s bowling attack will be depleted in the absence of Shaheen Afridi, Mohammad Abbas, Hasan Ali and Yasir Shah.

Zak Crawley and Ollie Pope have both been consistent performers for the team, scoring 609 runs in 12 matches and 475 runs in eight matches in 2022 respectively.

Pakistan may field three pacers and two spinners in all three matches, with two of them making their debut, but it will be interesting to see how they handle the likes of Joe Root, Ben Stokes, Zak Crawley, and Ollie Pope.