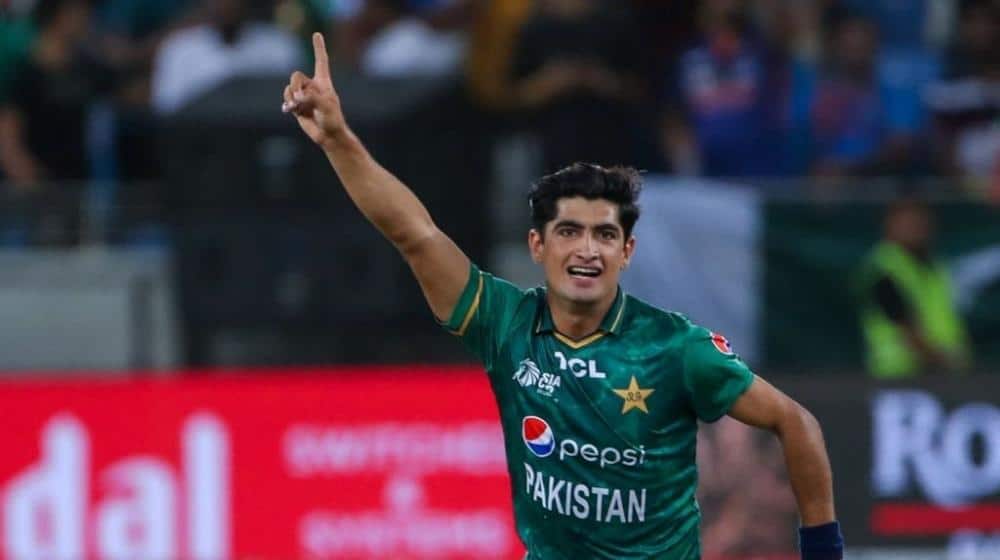 Naseem Shah revealed he faces trouble conversing in English with a witty response to a journalist in a press conference ahead of the first Test against England.

Pakistani players have often been ridiculed for not being fluent in English and the language barrier has hurt the confidence of expression for many cricketers. However, the young pacer opened up about his difficulty to converse in English in a humorous yet confident way.

During a pre-match press conference ahead of the first Test between Pakistan and England, a journalist asked Naseem Shah to comment on the longevity of James Anderson as a fast bowler. In his reply, Naseem Shah declared it a mighty achievement for a pacer to have a career as long as James Anderson has had. He also acknowledged the hard work it requires to stay fit at the age of 40 and added that he has learned a lot from James Anderson.

When the journalist asked Naseem Shah to compare his own pace with James Anderson’s skill set, Naseem Shah hilariously replied that he was unable to speak in English anymore since he had already spoken a lot in the previous answer. “Brother, I have just 30 percent English. My English is finished now,” said Naseem Shah, followed by a big laugh.

Although Naseem Shah later replied to the question, his spontaneous response to accept his limitations with the English language has garnered praise from the fans for his honesty and confidence.