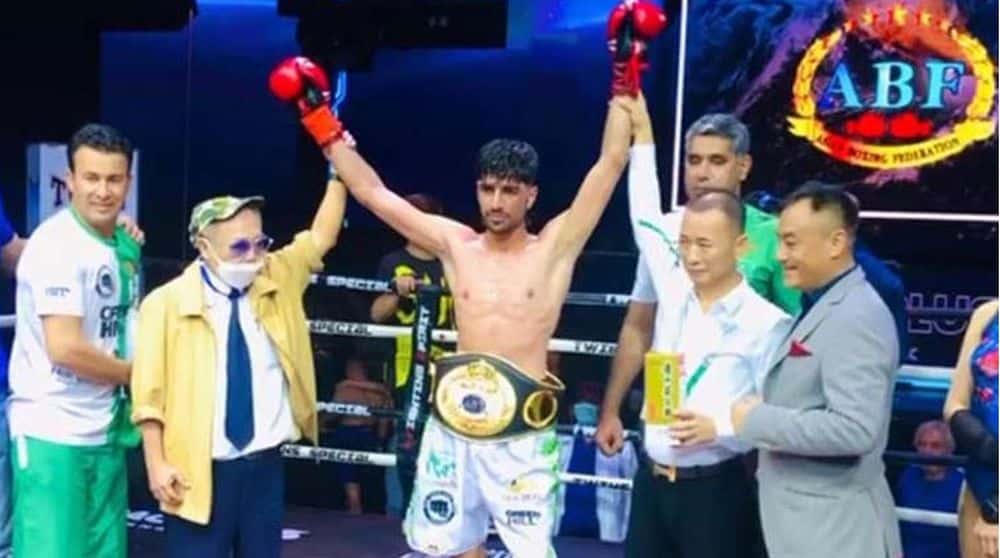 According to the details, the Quetta-born boxer claimed the title in the ongoing Asia Asian Boxing Federation (ABF) when he defeated Indonesia’s Hendrik Barongsay.

Shoaib outclassed his opponent, remaining unbowed throughout the 10-round fight to earn 117 points to Barongsay’s 57. The young boxer will now have the chance to compete in the bigger events.

Shoaib, also known as “the Coolest Boy”, won his third consecutive fight in the event to earn the professional ABF title after defeating Thai boxer, Sornram, in September to qualify for the title fight.

Speaking to the media after the achievement,  Shoaib said that it had always been his dream to raise the green flag all over the world after representing the country in mega-events.

While dedicating his achievement to the people of Pakistan, the national boxer said, “I promise I will not let down my nation as I feel fully prepared to outshine the best boxers. ”