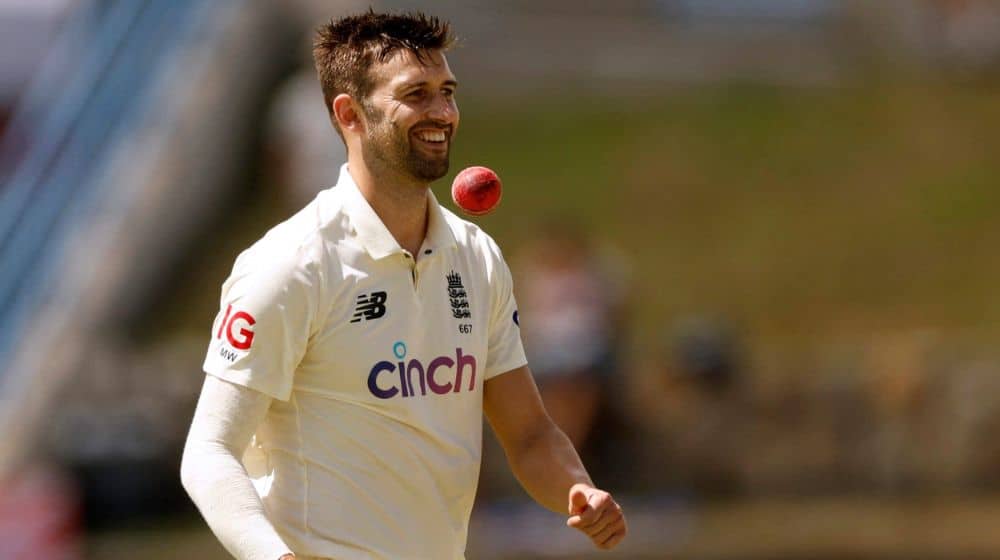 England Test captain, Ben Stokes has confirmed that England will only make one change to their line-up from the Rawalpindi Test in the upcoming Multan Test.

Speedster, Mark Wood is set to replace injured all-rounder, Liam Livingstone, who has been ruled of the series and has traveled back to England to start his rehabilitation process. Wood will be included in the line-up as Stokes believes that he will be the key for the side as they look to gain an unassailable 2-0 lead in the 3-match Test series.

Wood was unavailable for selection in the first Test match as he himself was suffering from an injury. The fiery pacer has now fully recovered and will be a part of England’s XI in the second Test match.

Stokes, while addressing a press conference a day before the start of the second Test, revealed that Wood’s inclusion in the side has been made after assessing the weather and pitch conditions in Multan. He said that Wood’s exceptional pace will be helpful in dry conditions and his ability to reverse swing will be crucial for England in picking up 20 wickets in the match.

Meanwhile, Pakistan is also set to make a few changes to its line-up in the Multan Test with pacer Haris Rauf ruled out of the match due to a knee injury.

The second Test match is set to be played between 9-13 December at Multan Cricket Stadium. England currently leads 1-0 in the three-match Test series.