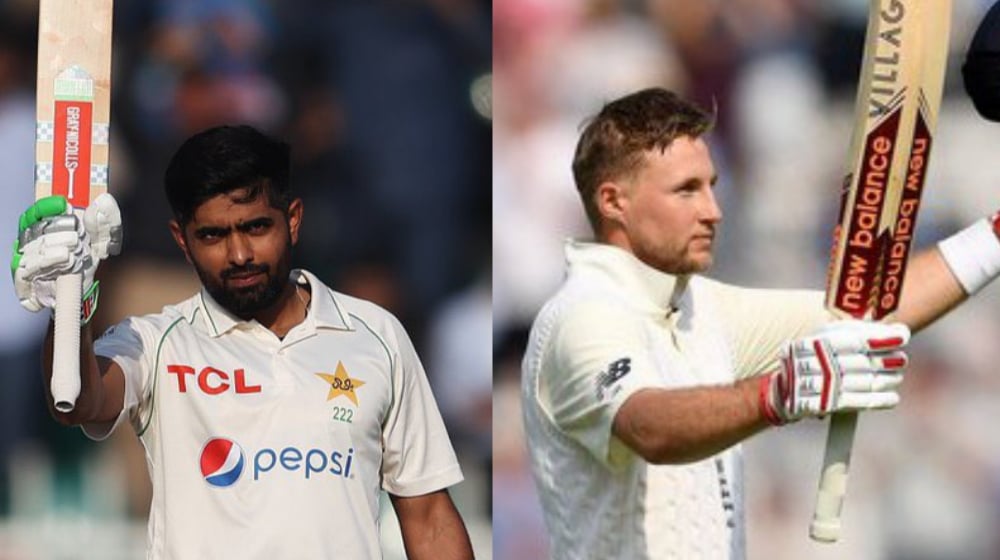 With England touring Pakistan for their first Test series after a drought of 17 years, a comparison between the top two batters of both teams has excited fans on social media. England’s former skipper and fourth-ranked Test batter, Joe Root, is being compared with Pakistan’s captain and third-best Test batter Babar Azam.

While Joe Root is a part of the Fab Four club, Babar Azam has made a strong case for its upgradation into Fab Five. Although, the debate about one being better than the other is abstruse at the moment, here is how the stats rate the two batters:

31-year-old English batter made his Test debut in 2012 and, so far, he has represented England in 125 Test matches. The right-handed batter has amassed 10,600 runs averaging 50, with 28 magnificent hundreds.

Meanwhile, Pakistan’s superstar took his time to earn a place in the Test side, as he made his debut in 2016. Contrasting to Joe Root’s Test appearances, the 28-year-old has only played 43 Test matches. In his 43 Test outings, Babar Azam has scored 3,262 at an average of over 47, including 8 centuries.

The real test for the batters in Test cricket is usually when they step out of their backyard and face the conditions and calamities of foreign lands. Seeing the stats, English batter Joe Root has managed to maintain his standard in the away matches as he averages 46 in 56 matches played in foreign conditions with almost half of his runs coming away from home. Out of his 28 centuries, Joe Root has smashed 11 away from home which makes him England’s most reliable batter in foreign conditions.

Playing 26 Test matches away from home, Babar Azam has scored 1,678 runs with a dip in his average from 47.97 to 39.95. He has scored two of his eight Test hundreds in foreign conditions.

On the other hand, skipper Babar Azam has been phenomenal in his home conditions, averaging 81 and scoring five centuries in only nine matches. Joe Root’s average, however, stays consistent irrespective of the venue, as he averages 53 at home with 17 centuries in 66 matches.

In the recent Test between Pakistan and England at Rawalpindi Cricket Stadium, Babar Azam scored 136 in the first innings but it was outshined in terms of impact by Joe Root’s quick 73 off 69 balls in the second innings giving his team enough time to take ten wickets in final innings after a smart declaration as England won by 74 runs.

Looking at overall figures, Babar Azam has been crucial for his team with four out of his eight centuries coming in a winning cause. Pakistan won 17 out of 43 Test matches Babar Azam featured in. The 28-year-old has scored 1,401 runs in these 17 matches averaging 61.

Similarly, Joe Root has been the main man for England as he brought up his 20 out of 28 hundreds to aid England’s victory in 54 Test matches. He has scored 5,607 runs in the winning causes while averaging 66.

While both the batters have a comparable overall average, Joe Root’s mighty numbers are head and shoulders above Babar Azam’s record. However, the 28-year-old has featured only in a fraction of matches as compared to Joe Root’s 125 Tests. Therefore, the judgment of the two batters with respect to their overall records seems irrelevant unless Babar Azam is tested through the time of Test cricket. But it is safe to say that the young skipper possesses the potential to match the England stalwart in the long run.

It is pertinent to mention that Babar Azam might not have the opportunity to feature in as many Tests as Joe Root did because the future plans show white-ball cricket taking over the longer format. Pakistan is scheduled to play only 30 matches over the next five years, Babar Azam might only have played 73 Test matches by the time he turns 33.