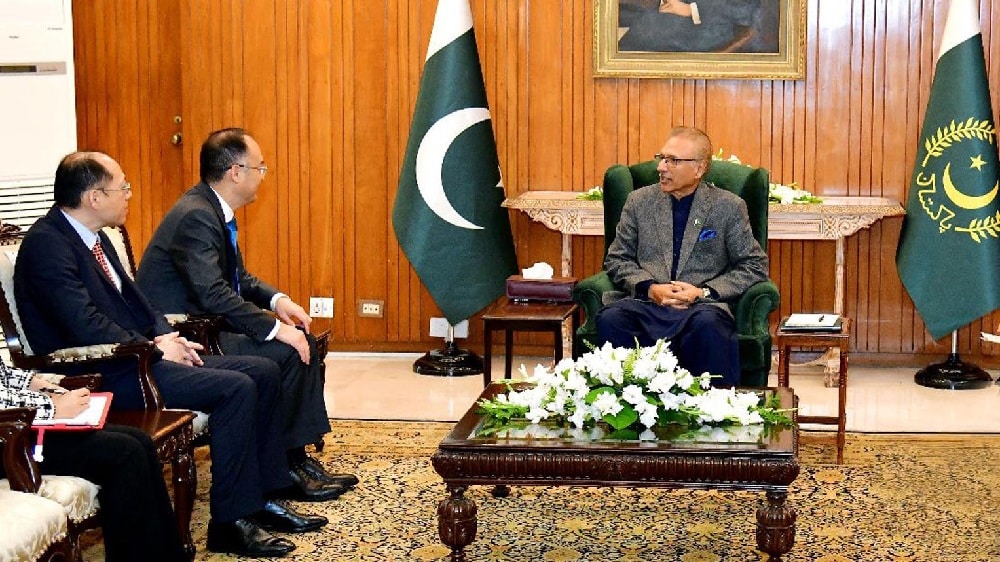 The president was talking to Chinese Ambassador Nong Rong who called on him at Aiwan-e-Sadr. During the meeting, the president emphasized the need to fully operationalize road linkages between China and Gwadar port in all weather conditions, around the year, to fully utilize their capacity and achieve their fullest potential.

He said that the full operationalization of CPEC and the planned Special Economic Zones (SEZs) was an important milestone and urged the Chinese IT sector to invest in SEZs.

He appreciated that sizeable progress had been made to complete the already commissioned projects, launch new projects, and move forward the ML-1 project to put the country on a fast trajectory of development.

He also encouraged Chinese companies to set up their outlets and manufacturing plants for semiconductors in Pakistan and benefit from the trained and cost-effective human resources, tax incentives, and other benefits offered by the government.

The Chinese envoy conveyed greetings of Chinese President Xi Jinping and Premier Li Keqiang to the president and said that the Chinese government was fully committed to completing CPEC as fast as possible, envisaging new projects and reaching out to the Pakistani government to meet its immediate financial and economic needs.

President Alvi appreciated the continuous financial and economic support and assurances of President Xi and said that it would help bring financial stability to the country.