The two singers feature as lovers in the duet's music video

The official music video already has around 1.5 million views and counting on YouTube.


The video features Momina and Bilal as lovers who are beginning a flirtation or relationship. The video begins with Bilal waiting for Momina. He has tea with a friend in a typical old Lahore gulley at Chaaye Paani when Momina walks by with her friends.

The song is about opening the doorways to their relationship even as obstacles, or high walls, separate them. The video features old Lahore buildings, rooftops, pigeons and Momina’s quintessential red locks.

Momina Mustehsan And Her Sisters Go To Thailand [Pictures]

Bilal Saeed did most of the heavy lifting for the Baari video. He wrote, directed and composed it and also co-produced it with One Two Records.

Both Momina and Bilal were dressed in colorful traditional garb in the video, co-ordinating at one point in embroidered velvet outfits. The wardrobe for the video was done by Mohsin Naveed Ranjha. Momina’s traditional jewelry was styled by Samreen Vance.

This is not the first duet Momina Mustehsan has done. She did Hamesha with Uzair Jaswal who released it just three weeks ago.

The music video was directed by Raza Shah and produced by Sarmad Ghafoor. Released on November 6, the music video already has 700,000 views on Youtube.

Momina is no stranger when it comes to viral songs on YouTube. Her Afreen Afreen video has nearly 300 million views.

Momina began her career in 2010. Her first big break was a feature on the Farhan Saeed single Pi Jaun. She made her Coke Studio debut as a featured artist in the ninth season in 2016.

Bilal Saeed is also no stranger to success. His song Teri Khair Mangdi has around 80 million views on Youtube.

He began his career in 2011 and has since been the only Pakistani artist to be nominated for a Brit Asia Award. His songs have been featured in films like Zindagi Kitni Haseen Hay.

Baari is available for streaming on several platforms such as Patari, Gaana, Apple Music, and Spotify. 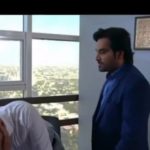 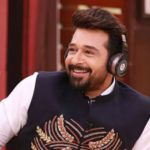