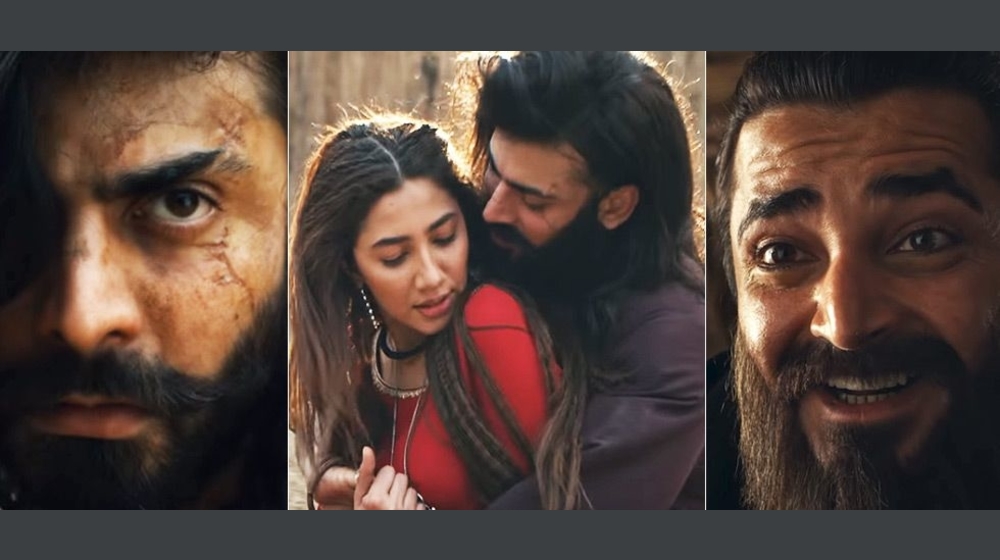 The Legend of Maula Jutt trailer is out and we’re blown away by the cinematography.

The trailer’s action sequences, the way the lights are played up to add character, and most of all Fawad Khan as Maula Jutt is unbelievable.

Fawad Khan takes characterization to a new level in an unrecognizable transformation to become Maula Jutt.

Director Bilal Lashari’s The Legend Of Maula Jatt pairs together Humsafar‘s Mahira Khan alongside Fawad Khan and the duo look incredible. Mahira’s character seems to be more spunky than sass but we love it both ways.

Fans are ectastic to say the least

Fans are definitely loving this new take on the Punjabi classic from the 80s.

Eid couldn’t be further away as we wait to see Hamza Ali Abbasi as Noori Nath. The Jawani Phir Nahi Ani actor made the waistcoat hip after the film’s release in 2016. Now he might bring the man-bun back.

People had more love for Fawad Khan than they did for Hamza Ali Abbasi. Perhaps they got high standards for Noori Nath too.

Some people still can’t wrap their head around the fact that this is real.

People are elated to see local folk heroes on screen. A picturization they can relate to.

I still remember that Bilal Lashari Once said that "Every Country has its own local heroes and tales like Japanese have Samurai and they capitalise their stories, I want to show Our Local tales just like that"..😊
Boss….You DID IT…..👏👏👏👏👏👏👏👏👏👏

Besides Pakistani fans, there was plenty of praise from across the border, with directors like even Karan Johar pointing out the amazing characterization by Fawad Khan.

Fawad this looks amazing!!!! Congratulations and am sure it will be a massive success!!! 💪😎😎❤️🔥 https://t.co/TOHf0uOxJn

Seems like Maula really got thunder, based on how director Anurang Kashyap is all praise for Fawad Khan.

Actors that had the chance to work with Fawad Khan were also wowed away by the way he stepped up his acting game.

Kya baat hai mere dost 🙂 what a beautiful teaser and cast .. always an ardent admirer of @TheMahiraKhan and u and now with @HumaimaMalick and @iamhamzaabbasi it’s a double whammy! Can’t wait to watch this one…. https://t.co/IjuGmgTG6A

What a brilliant brilliant trailer 🌟🌟🌟🙌 https://t.co/tQjL9TQXGg

Star he is…..a movie star and now a Pakistani gladiator.