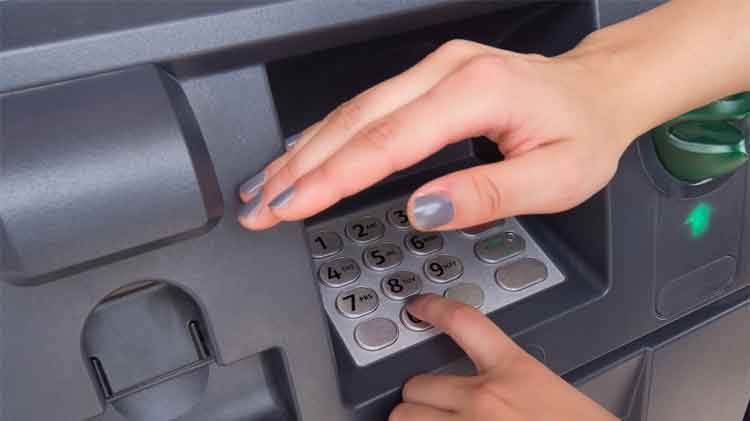 Cameras are placed on all ATMs now for security reasons. But sometimes the same camera can prove to be a security risk itself. Wondering how? Let’s have a look:

On a UBL ATM in Centaurus, Islamabad, a CCTV camera is placed at such a point where the ATM keypad is clearly visible. When an ATM user punches the keys for entering their pin code, it is seen in pictures. Now any person with malicious intent in the bank watching the CCTV footage can notice a user’s pin code and do with it as they please.

Not to mention that if the CCTV stream is hacked somehow, the users are easy prey for hackers.

This becomes a big question mark on the security of users’ accounts, though it may be a co-incidence. But that’s besides the point since it is not at all acceptable. This is a security, privacy, and rules breach by the respective bank itself. Certain questions arise regarding this act of sheer negligence:

Is it in the notice of respective bank branch? It must be! As the CCTV footage is pretty clear. So has the branch manager or administration taken any step to remove the camera from that particular point?

Is it done intentionally by any malevolent bank employee or the camera installing person? Has the bank admin done any investigation?

Is there any theft or misuse of a user’s account reported to the bank administration? If yes, have they taken any step?

Has the bank branch placed a notice there for users to operate the keypad secretively till the camera position is changed?

Is this an isolated instance or do such cameras exist at other ATMs as well?

A few weeks ago, another financial and banking scam came to surface. Some people fixed a sort of secret scanner into the ATMs where the card is inserted. It was used to read the data from ATM card and the robbers made transactions from many accounts. That way, tens of thousands of rupees were looted.

If a bank fails in such basic security, it loses credibility. And once that happens, people will be hesitant to trust banks with their cash. In fact, such a security breach can lead people to sue the bank because none other than the bank management can be held responsible for such negligence. People don’t tolerate carelessness regards to money that too in the supposed safe hands of bank.

After the coming to light of this security breach, other banks and their users will also get watchful. To stay safe, a simple precaution can save customers from such a theft which is almost impossible to trace. Now almost all the ATMs have biometric devices. Users should start operating the ATMs through biometric instead of pin code. This is the easiest and safest way to use any ATM.

Also the users should report this negligence to the respective bank branch immediately, be aware while using any ATM, and operate keypad secretively. Carefulness is the only solution.