Thanks to Mr. Mudassar Jehangir, Editor-in-Chief, More Magazine, who did this service Review of “PTCL’s Smart IPTV” and allowed me to post it here.

I received two calls in the third week of August from the sales staff of PTCL confirming from me the order of “Smart IPTV connection”. Before the installation, my telephone line was checked by the staff to confirm the signal strength.

IPTV won’t run properly if data downstream and upstream value is lower than 10 in your phone line. In case it is less than 10, the transmission will be jerky. 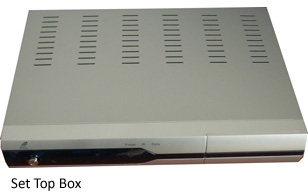 The installation was just a process of 1 hour. My old broadband modem was replaced by the new modem of Huawei. From the modem you can get two CAT 5 (network) cables for the out put. One goes to the computer for the internet connection and other goes to the set-top box, a device which makes the transmission possible. Technically, set-top box (STB) is a device that connects to a television and an external source of signal, turning the signal into content which is then displayed on the television screen.

The old PTCL logo was visible on the top left corner of the box which revealed that the smart IPTV project was designed to be launched in the year 2006 and it must have been put on hold due to certain reasons.
To activate the STB, there is a content security IRDETO ZETA smart card which is inserted into the box to unlock the transmission. Basically this is the card that makes possible the desired TV contents and the revenue. For the information, IRDETO is an Amsterdam based company which is into Digital TV content business since 1969. 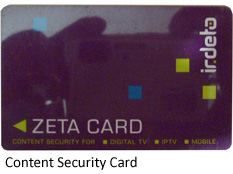 Once the card is inserted and STB turned on, same old PTCL logo appears on the welcome screen which confirms the project’s roots back in 2006.

At the start, the main menu screen provides options to choose either live transmission or Video on Demand (VOD).  The pause and rewind option is available for few of the live channels. Currently PTCL provides a reverse transmission for 2 and half hours which it plans to extend for more hours in the future.
Overall the quality of live transmission is impressive and unlike conventional TV cable the result is High Definition from 1st to over 100th channel. Initially PTCL had announced a free service of IPTV for 15 days which it has extended for one more month just like it did with the broadband services.

The Video on Demand (VOD) section requires more attention as the already saved movies (both Hollywood and Bollywood) on the server are obsolete, it is bearable for a temporary period but very soon PTCL will need to update its database and include new collection because it is a paid section and subscriber is required to pay Rs. 50 every time he/she select and item.

The service also allows parents to lock and unlock any channel, and allows users to search for their movies and TV shows by title and cast listing and then watch them on-demand.

Smart IPTV service is only possible on places where PTCL broadband is already running. Homes or offices where broadband connection is a requirement, Smart IPTV will be a point of attraction. On a 1 MB connection the total monthly fee becomes Rs. 2300 provided you have purchased the Set Top Box for Rs. 9995. 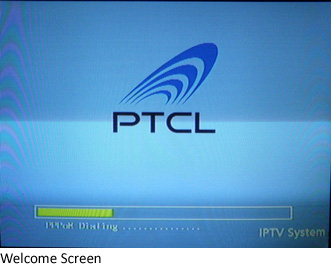 Only time will tell how quickly it can become a replacement to the conventional cable which still cost Rs. 100 to 200 and has huge acceptability among masses. The availability of service largely depends on the condition of copper wire that goes to the customer’s premises.