In the history of Telecom, a merger agreement between VimpleCom of Russia and Weather Investments was signed today as per a joint statement issued by both the groups, resulting into world’s fifth largest Mobile telecommunications carrier by subscribers with pro forma net operating revenues of US$ 21.5 billion and pro forma EBITDA of US$ 9.5 billion for the year ended 31 December, 2009. 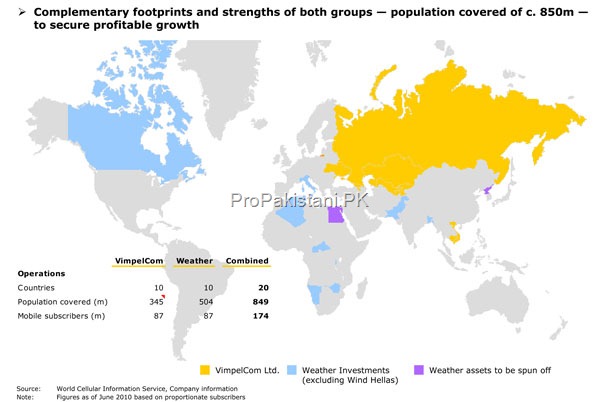 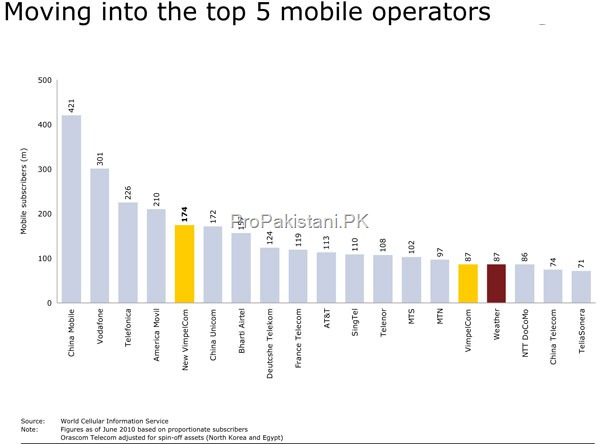 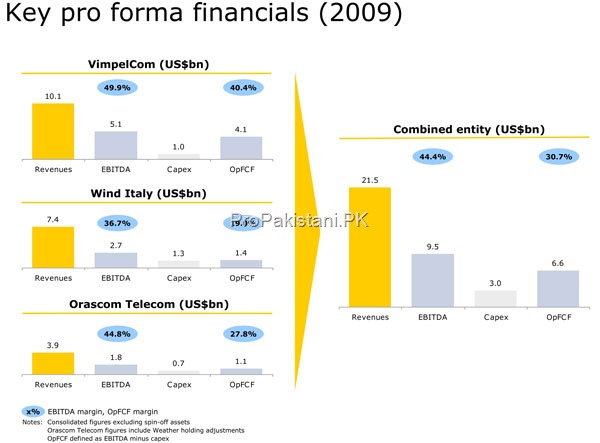 At the closing of the Transaction, VimpelCom will own, through Weather, 51.7% of Orascom Telecom and 100% of Wind Telecomunicazioni Italy.

Under the terms of the Transaction, Weather shareholders will contribute to VimpelCom their shares in Weather in exchange for a consideration consisting of 325,639,827 newly issued VimpelCom common shares, US$1.8 billion in cash and certain assets that will be demerged from Orascom Telecom and from Wind Italy.

The Weather interests in these assets, which principally comprise Orascom Telecom’s investments in Egypt and North Korea, will be transferred to the current Weather shareholders. Wind Hellas Telecommunications S.A. in Greece is entirely excluded from the Transaction.

The VimpelCom shares issued to Weather shareholders at the closing of the Transaction will represent a 20.0% economic interest and a 18.5% voting interest in the enlarged VimpelCom group.

Upon issuance of the new VimpelCom shares, Telenor ASA, holding through its subsidiaries Telenor Mobile Communications AS and Telenor East Invest AS (“Telenor”), and Altimo Holdings & Investments Limited, holding through its subsidiary Altimo Cooperatief U.A. (“Altimo”), will hold 31.7% and 31.4% of the economic rights and 29.3% and 36.4% of the voting rights, respectively, of VimpelCom.

Minority shareholders in VimpelCom will represent 17.0% of the economic rights and 15.7% of the voting rights.

The terms of the signed agreement were unanimously approved on 3 October 2010 by both the VimpelCom Supervisory Board and the Weather Board of Directors. 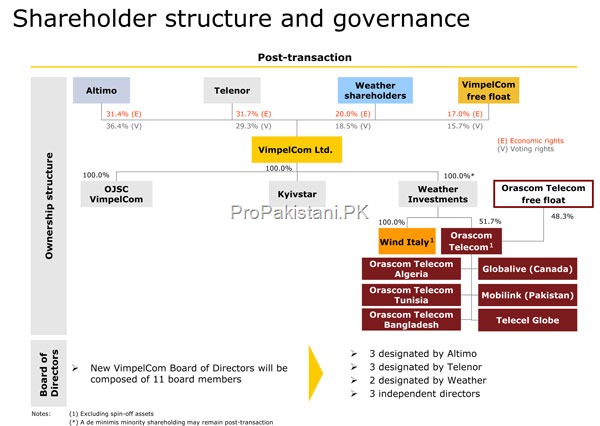 Under the share sale and exchange agreement, final board and shareholder approvals for the Transaction are required to be obtained from both companies. It is expected that the VimpelCom EGM will occur before the year end with receipt of regulatory approvals and completion of the Transaction expected in Q1 2011. The demergers should be completed by Q3 2011. 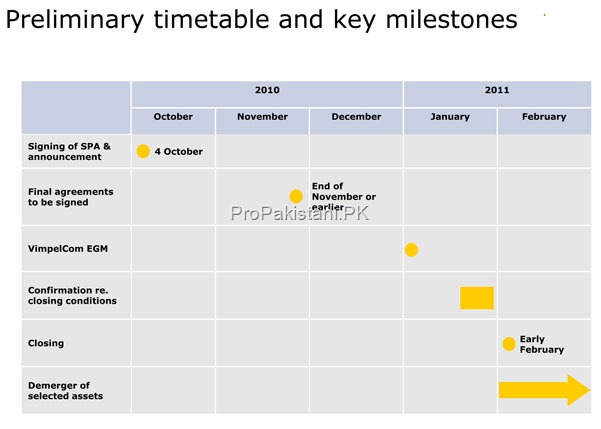 VimpelCom’s revenue base will be significantly diversified. Based on 2009 pro forma revenues, the existing operations in Russia will represent 35% and Wind Italy will represent 34% of the combined company. The group will also have an attractive mix of developed and emerging market assets in Eastern Europe, Asia and Africa. The combined group will have a balanced business risk profile enhancing its ability to pursue profitable growth, including in mobile data services. 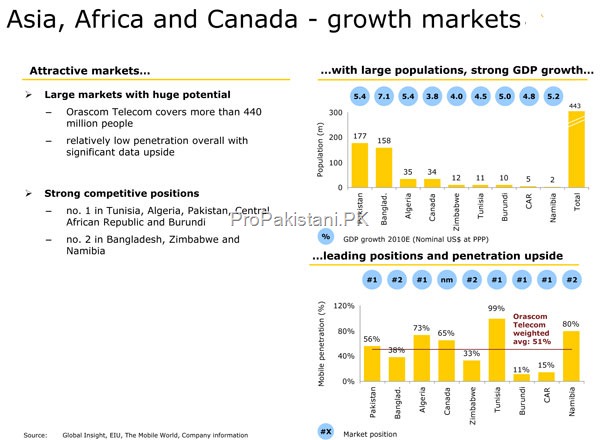 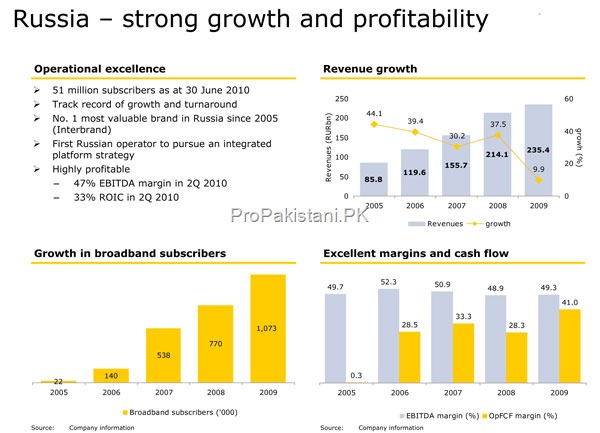 The cash consideration of US$1.8 billion will be financed from existing cash balances and new debt facilities.

In addition, the Transaction will trigger certain change of control provisions of existing debt in the Weather group which might require the refinancing of some of these debt instruments. VimpelCom and Weather expect to launch the required financing process including solicitation of consents where appropriate in October/November. The companies have received highly confident letters from financing banks for the planned refinancing.

Total incremental debt to be raised after taking account of waivers of existing debt is expected to be in the range of approximately US$2.0 to 2.5 billion. This will bring post transaction net debt up to US$24 billion.

The financing is expected to continue to utilize ring fenced financing structures at the Wind Italy and Orascom Telecom level, with part of Orascom Telecom’s debt at the holding company level being refinanced via an inter-company loan from VimpelCom.

All of Orascom Telecom’s subsidiary debt is expected to remain in place. Part of the refinancing requirements might also be met from disposal of non-core assets.

VimpelCom’s financial position will remain strong following closing of the Transaction. VimpelCom’s pro forma net debt to LTM EBITDA ratio as at 30 June, 2010 is up to 2.5 times post transaction and is anticipated to decrease rapidly over the following years.