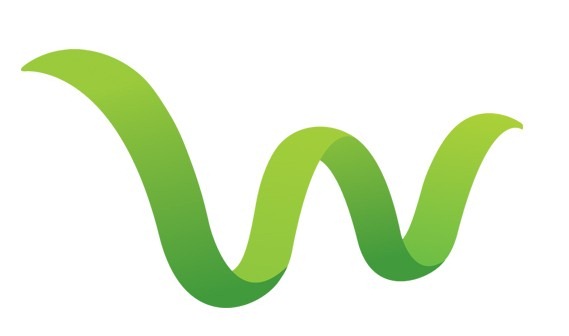 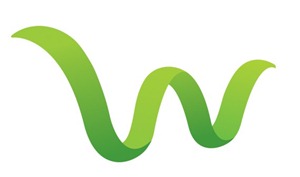 Like we told you earlier, Wateen Telecom today marked it’s re-launch – dubbed as “Rebirth of Wateen” – during a press conference in Lahore.

Company is calling it new corporate identity, i.e. new logo, revamped website (though its not up as of now), new packages, new customer support, new sales network, new everything and most importantly the new spirit brought in by the new management.

Mr. Naeem Zamindar, CEO, Wateen and Syed Jibran Ali, Chief Commercial Officer, Wateen were there to brief the press that was followed by extensive question/answer session. Mr. Sohaib Sheikh, head of Marketing was also on stage to participate in the session.

Mr. Zamindar and other officials were clearly emphasizing the new identity of Wateen to essentially make everyone realize that this company today is not what we were previously familiar with.

These promised of new Wateen were coupled with confessions of loopholes and financial crisis that the company has gone through over the years. Claims were backed by some major announcements that we will discuss after the break.

Meanwhile have a look at Wateen’s new TVC

So getting back to those announcements, which I believe are crucial as this was probably the last chance that Wateen may get in it’s life to deliver.

We have heard of Wateen’s possible merger with Warid, but that’s something based on preliminary information that we get from sources and may require plenty of time to get through because of legal procedures involved.

But for time being we can confirm that Wateen will use Warid’s sales and service centers, franchises and retailors’ network to boost sales.

“This is not an exclusive deal”, told me Mr. Zamindar saying that they are ready to partner with any potential partner to attain mutual benefits. His point was that they are primarily aiming to stretch the reach to make it easier for the customers to get and maintain their Wateen broadband connections.

I did ask him about the possible merger, which he obviously denied.

On a side note, I know through sources that Warid people are already training the staff for Wateen devices and tariffs to start selling the connections.

Wateen has also partnered with Easypaisa to enable it’s customers to pay their monthly bills through Easypaisa.

Wateen said that they have 50 franchises and 2500 dealers countrywide for sales, after sales support and billing services. This is in addition to Warid service centers and franchises that will start offering Wateen WiMAX services soon.

Syed Jibran, CCO Wateen, was particularly enthusiastic about customer support department, which according to him has been bettered a lot. He unveiled that this is another area where Warid helped Wateen to straighten things.

He in fact bravely asked the press to call helpline tomorrow to see how much they have upped the standards there.

Like we told you earlier, Wateen has optimized it’s network by transferring resources from less-users areas to populous regions. This way company will be able to put it’s effort on high ARPU cities only, while eliminating the coverage from those destinations where return was low.

According to a source in company, Wateen deployed 240 new sites plus transferred another 100 to populous places.

Wateen, as we know, has partnered with GreenPacket to get it’s classy devices that offer better performance than usual dongles. Wateen officials admitted that their earlier choice of dongle wasn’t wise as they didn’t offer solid signals, especially in highly populated city areas.

In addition of GreenPacket, Wateen has plans to get WiMAX devices (CPEs) from GemTek and NSN.

CEO Wateen noted that company is taking necessary measures to make local manufacturing of CPEs possible, but no timeline was mentioned for this.

Wateen won’t let it’s telephony and TV services go. CEO said that they have plans to target SMEs with their voice services to offer them choice over conventional options.

Wateen said that it will target those home users with extremely low priced international bundles as well.

Connecting each and every University of Pakistan

CEO Wateen announced that company has partnered with Higher Education Commission to connect all universities of Pakistan, regardless of their location, with back haul fiber optic cable.

Naeem Zamindar unveiled that Wateen has deployed the infrastructure to offer cloud services to local market, however, they haven’t marketed it yet. They have plans to target government, large sized businesses and SMEs with cloud solutions.

We couldn’t explore packages as they were supposed to get announced by the website, which isn’t live as of filing of this report. We will probably do a separate post with tariffs for new packages in the morning.

We have updated details of Wateen WiMAX Packages here

Overall the re-launch looked promising with plenty of enthusiasm, claims and promises. However, delivery of service is what Wateen has repeatedly failed at. So only time will tell the future of Wateen based on it’s the execution plan.

On the occasion, Mr. Naeem Zamindar, CEO Wateen Telecom, stated that “The new Wateen is focused on enabling its customers’ lives and business by being the most reliable, responsive and innovative broadband solutions provider. Our customers will feel the difference, now, and over the years to come, as we are committed to delivering continuous and never ending improvement to transform our customers’ lives and business. This is the vision we hope to share with the world: to enable a communicative and inter-connected way of life, that will lead the people of Pakistan to a brighter future.”

The philosophy behind the new visual identity represents ‘freedom’, based on the unlimited possibilities offered by Wateen for its consumers to connect, share, exchange and communicate whatever they desire. The main concept for the design is to break free from all grids, rise above all constraints and simply explore the freedom provided through the internet.

With this renewed spirit and a new management team to lead the transformation, the company has undergone a complete overhaul. The turn-around is completely focused on building a dynamic and customer focused organization, investing in upgrading its network and re-engineering its systems and processes to deliver outstanding services.

Wateen aims to become Pakistan’s largest and most trusted name in converged communications, providing the most advanced triple-play services in telephony, Internet and Cable TV, as well as networking and data management. To this end, Wateen has already begun partnering with some of Pakistan’s leading institutions to expand its network and bring its vision of providing the internet to every household in Pakistan a little bit closer.

In the last year Wateen has significantly expanded its fiber-optic network, particularly in rural areas and underserved parts of the country, where people have the most to gain from access to this vital resource. Recently, Wateen won a multi-million dollar bid from the USF to lay fiber-optic cable in Balochistan.

According to recent World Bank estimates, around 68 percent of Pakistan’s population resides in rural areas – around 122 million people. Yet currently only 2-3 percent of this rural population has access to broadband internet; Wateen believes that high-speed broadband can help connect these underserved areas to the internet and by extension to the world.

Wireless high-speed broadband is in fact the ideal stepping stone for launching any development campaign in rural areas, as it is not only the perfect tool for generating employment and literacy, but it also brings investment opportunities, which translate into sustainable economic growth. The company is also expanding its network into Afghanistan, providing VSAT services to Roshan Telecom Afghanistan, amongst other innovative and ground breaking projects.