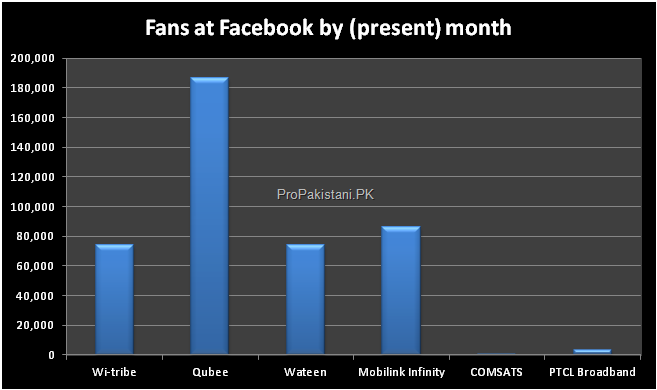 So lets take a look at all social media channels. 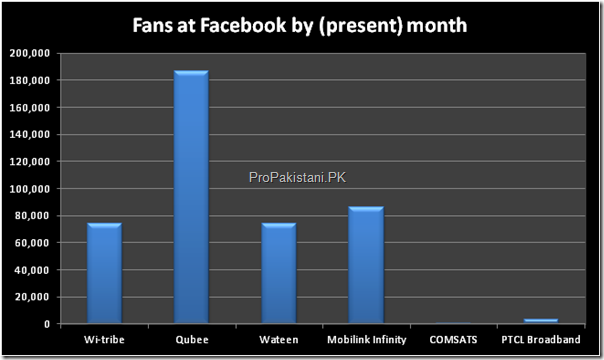 Qubee shines over Facebook with higher fans, while PTCL broadband and COMSATS appear scarcely with just a few fan following. It is apparent that WiMAX service providers are putting more resources for their social presence while DSL service providers aren’t doing much on this front. 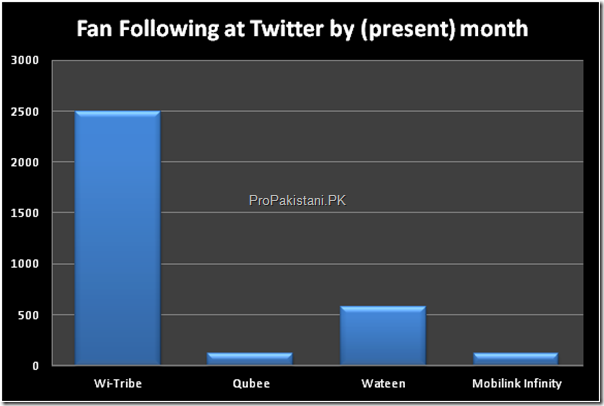 As per stats,wi-tribe possess sizable fan crowd among all at Twitter. Other broadband service providers having some presence include Wateen, Qubee and Mobilink Infinity. 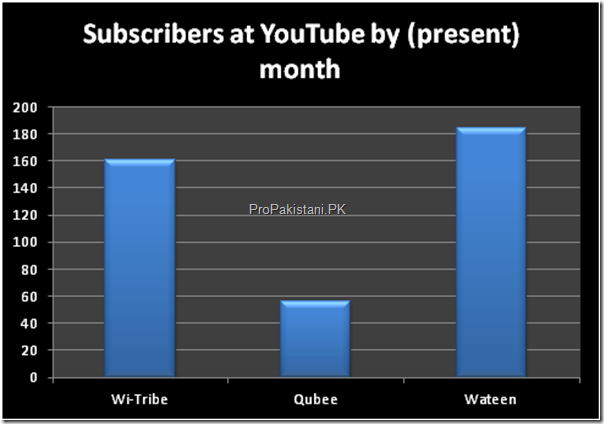 On YouTube, wi-tribe, Qubee and Wateen have active portals having specialized channels for their subscribers. Wateen seized a leading position.

It is observed that there are also local broadband service providers that are inactive on social media portals or they aren’t using online channels and tools for their promotions, interaction with customers. These include WorldCall, LINKdotNET, COMSATS, MicroNet and others.