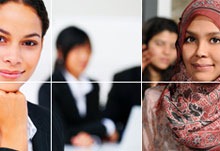 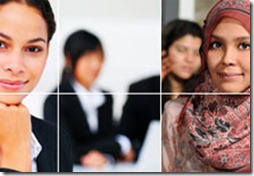 Theme for this year’s WTISD was: “Women and Girls in ICT”.

Telecom day is commemorated under the banner of ITU – United Nation’s body for information and communication technology – and celebrations stretch all over the world.

The purpose of World Telecom Day is to help raise awareness of the possibilities that the use of the Internet and other information and communication technologies (ICT) can bring to societies and economies, as well as of ways to bridge the digital divide.

There went several events in Pakistan, particularly in capital, to commemorate the day. The most significant of which was organized by Ministry of Information Technology at Pak China Center where Prime Minister Yousaf Raza Gillani was the chief guest.

PM on the occasion announced a fund of Rs. 300 million for girls studying Information Technology (IT). He also announced the establishment of an IT center for women in Islamabad. This center will be named in honor of computer prodigy Arfa Karim, who became the youngest Microsoft Certified Professional in 2004 and remained so until 2008.

Prime Minister on the occasion also announced the creation of a venture capital of Rs. 1 billion, which he believes will encourage innovation, entrepreneurship research and development in the IT industry.

The government, he added, has established more than 1,000 educational and community broadband centers across the country, including some of the remotest areas. 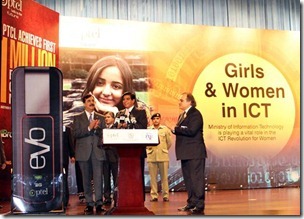 IT and Telecom Minister Raja Pervaiz Ashraf, also present on the occasion said, “I believe that we can harness the power of information technology by focusing on improving the capacity of women, especially in underdeveloped and rural areas.”

Secretary IT & Telecom, Farooq Ahmed Awan also shared his thoughts at the event. Mr. Awan briefed the attendees about ongoing projects and said that the sector has shown marvelous achievements during the last four years.

He claimed that currently there are 1700 IT companies operating in Pakistan which is a symbol of customer service providers’ trust on the policies and services of the ministry and its allied departments.

Chairman PTA, Dr. Muhammad Yaseen also issued a statement on Telecom Day saying that almost 92 percent of population in the country has access to telecom services.

He said there are still many areas in the country where despite the prevalence of favorable telecom regime the fruits of Information Communication Technologies (ICTs) are not accessible to many especially the women.

Societies cannot develop without equal contribution by all segments, he said and added this year, 2012, the theme of World Telecom and Information Society Day (WTISD) “Women and Girls in ICT” is prove to the fact how critical it is to empower women to be a progressive nation. 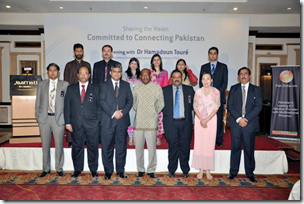 In connection with World Telecom day celebrations, this year Secretary General ITU, Dr. Hamadoun Toure was in Pakistan for around a week. He visited various IT companies, PTA headquarters, and Ministry of Information Technology.

Below is the clipping of print ads of telecom companies for World Telecom Day: 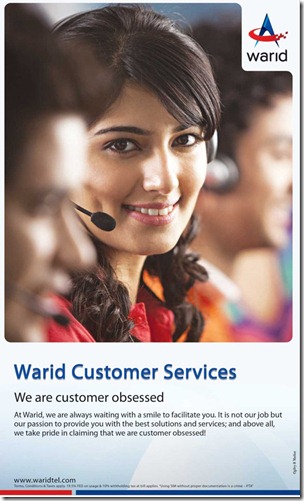 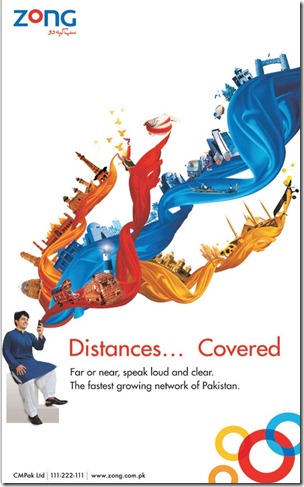 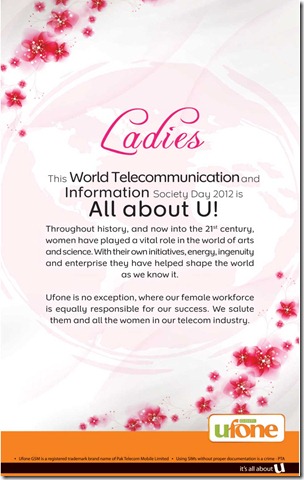 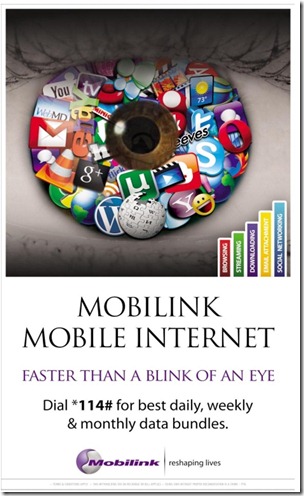 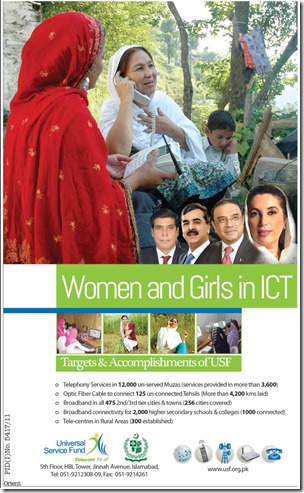 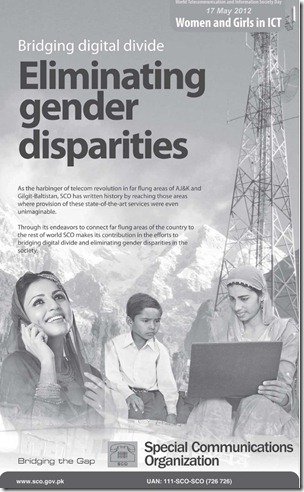 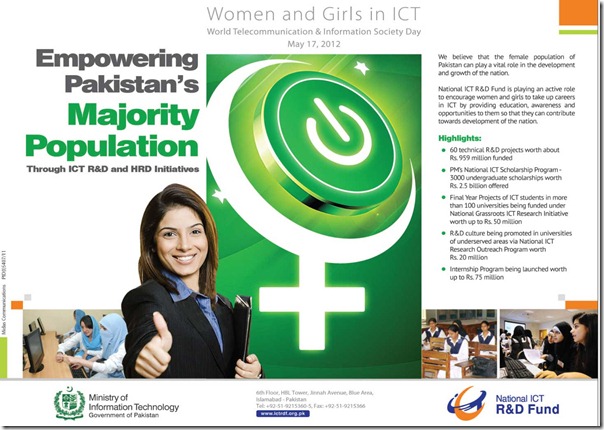