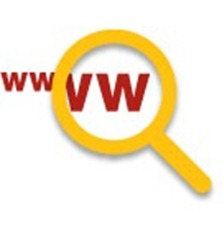 Government of Pakistan, through Ministry of Information Technology, has issued a policy directive (produced below) to Pakistan Telecommunication Authority to implement URL filtration system to block blasphemous and indecent websites in Pakistan, reported Daily Jang today.

It is said that the directive was issued on direct orders of Mr. Pervaiz Ashraf, the Prime Minister of Pakistan, along with input from Mr. Asif Ali Zardar, the President of Pakistan.

It maybe recalled that implementation of URL Filtration System was first unveiled in February 2012 when ICT R&D Fund had asked for proposals from vendors for the filter system.

This URL Filtration system was later shelved, amid criticism in local and international media that alleged the system for potentially capping freedom of speech of common man. Others said that the system wasn’t transparent enough and that it could be used for personal and political means.

Now it is revealed that government has moved the directive (produced below) for the implementation of National URL Filtration System, a nationally centralized control panel for blocked the access of websites that are considered blasphemous or are indecent in nature.

From the content of policy directive, it appears that Pakistan Telecommunication Authority is made in-charge for the filtration of the websites. Under this new directive, PTA is given the mandate to take requisite measures for proactively and independently block the websites displaying the blasphemous and pornographic content.

Keeping in view the recent blockings of websites by PTA, it is feared that this planned URL filtration system will be used to mute the political and personal opposition of top government bodies.

It is likely that this new directive will be largely criticized by the masses as it does not address the transparency that was demanded for such a filtration system.

Check below the text of MoIT Policy Directive on blocking on Blasphemous and Indecent websites:

The unchecked and free flow of blasphemous and pornographic content at mass level through internet in Pakistan is in direct friction with the basic principles of Islamic way of life as reflected in the Objectives Resolution as well as the articles 19 and 31 of the Constitution of Islamic Republic of Pakistan.

Such obnoxious content also creates immense discomfort and dismay among the people of Pakistan besides shaking the very fabric of our socio-religious values. Furthermore, several petitions have also been filed in the superior judiciary whereby the courts have expressed their concerns over this and directed GoP to address these issues more effectively.

Therefore, it is imperative to have a sustainable solution to continuously monitor and control the display of blasphemous and pornographic content over internet in Pakistan without compromising the scope of article 19 of the constitution that guarantees right to freedom of speech and expression, subject to any reasonable restrictions imposed by law in the interest of the glory of Islam etc.

In view of the foregoing the federal government is pleased to issue the following directives for compliance by the Pakistan Telecommunication Authority (PTA):

i. PTA to establish at the earliest a dedicated unit while allocating appropriate funds/budget and human resources, supported by the state of the art technical solutions and upgraded call center, with the mandate to take requisite measures for proactively and independently blocking the websites displaying the blasphemous and pornographic content;

ii. It must be ensured that any system procured as per para 2 (i) does not interfere with the rights of the citizens as envisioned in the Objectives Resolution and articles 19 and 31of the Constitution of Pakistan or misused by anyone for political gains. The focus of this system shall remain ‘blasphemous and pornographic’ content;

iii. Concurrently, the Inter-Ministerial Committee already constituted for evaluation of websites will also continue its mandated work as per the ToRs.

3. This policy directive is issued with the approval of minster for information technology for the implementation with immediate effect.”