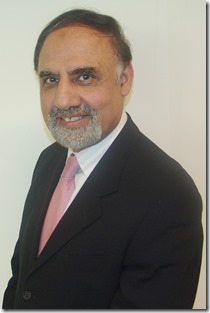 Mr. Ghaznavi is reinstated after given clearance by inquiry committee that was probing into corruption charges against him.

Mr. Ghaznavi was given a service extension for four year term in 2009, after which his differences with former Chairman grew that ended up with his suspension when he was charged for corruption of over Rs. 7 billion.

Amongst other allegations, Mr. Ghaznavi was charged with following:

Committee inquiring allegations against Mr. Ghaznavi’s said that he was not proven guilty for any financial scam and misuse of power. Such allegations were said to be baseless.

The committee, formed by chairman Federal services commission Baghwan Das and headed by Saud Gohar, filed a report to the cabinet division regarding the allegations against Nasar-Ul-Karim Gaznavi.

Committee concluded that all of the charges against Mr. Ghaznavi were baseless, beyond any shadow of doubt.

If not extended for the third time, service term for Mr. Ghaznavi as member finance will expire in January 2013, a time when auction of 3G licenses is being planned by the authority.