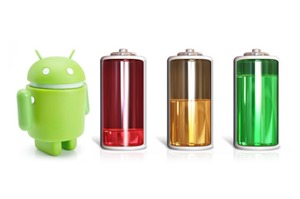 Android is growing fast in terms of services and apps – that are high hungry for battery – and hence its becoming quite hard to keep up with a battery life of an Android Smartphones that lasts all day.

Some people out there can probably stretch the life of a an Android phone battery to say 16 hours or even 24 hours on a single charge with low usage. But, hey, you didn’t buy a smartphone to keep it in your pockets to save battery.

So the question is how to increase battery life of Android phones without compromising with the usage?

Frankly speaking its not possible to get another full day of stand-by – even after digging out all the possible ways of extending battery life – however, there are few things that can save you with few hours of battery life.

In this article we are going to show you how to increase battery life on an android device.

The lower number of apps installed on your Android device the more battery you can dig out from it. This is probably the best way to save a lot of battery. Dump all unnecessary apps that you had installed once but never used them again – remove them immediately.

Such apps run in the background consuming your device’s RAM and even slowing down your device. By deleting such apps you can definitely get more battery life.

If your Android device is rooted then delete those unnecessary apps that come as stock apps on your device, such as some antivirus apps that always ask you to buy there premium package and you don’t want to. Delete such apps by installing root file manager and going into system files. it’s quite easy.

Use task killing apps on your android:

Many apps are now available in Play store that are known as task killers. Such apps kill background running apps which frees up memory and ultimately saves battery. There are some automatic task killers and some are manual. You can even set regular task kills. The more memory you have the more fast and responsive your device would be and would save battery life.

Disable Wi-Fi when not needed:

When not using Wi-Fi turning it off is another great way to save battery life. Wi-Fi keeps grabbing new lists of Wi-Fi signal in the area where ever you go, that keeps on consuming more battery life. Even when connected to your home Wi-Fi or office’s Wi-Fi it drains battery, So best deal for you is to disable it when not needed.

Disable GPS when not needed:

Disable GPS while not using. GPS is mostly used by maps like Google Maps or Sygic etc. Such apps uses GPS to find your location and point your location on their maps. Facebook also uses to show your location when posting a status, pics or videos. Even camera uses GPS for geo-tagging. Such features are great but it would drain more battery life and hence should be disabled to save some cells.

Disable Mobile data when not needed:

Mobile data drains more battery life than the Wi-Fi and disabling the Mobile data when not needed is a great deal to save battery.

Go in to settings/Wireless and networks/Mobile networks/Network mode and choose GSM only in Network mode. Because in Pakistan we only have GSM  — though we are desperately waiting for 3G but until then — changing such settings would also increase battery life.

Save Battery Through Wallpaper:

Enable Sync or Uploading Only Through Wi-Fi:

Sync files or download large files through Wi-Fi only because this way such operations will take lesser time and hence lesser battery consumption. Apps like dropbox, Google Drive, Skydrive etc. come with the option that you can upload pictures or videos automatically and instantly when you shoot them – don’t select this option. Rather select to upload or sync your data only when on WiFi.

Widgets also drain battery because they keep themselves running to update their status. For example Facebook widget shows new posts and for such function it runs in the background consuming Wi-Fi or mobile data and hence draining the battery. Using less widgets would help you get more battery life.

Use Lower Brightness and Screen Timeout:

Using lower brightness would help you dig out more battery. In android the more features you use at once the more battery it drains out. You will observe battery saved significantly by using lower brightness. While indoor usage try to keep brightness at around 30% to 40% and while in direct sunlight use more brightness that would make visibility easy enough. Using less screen timeout will also increase battery life, Choose screen timeout about 30 seconds or 1 minute not more than that.

If available and possible, prefer dark themes on your phones. Idea is to minimize the white or non-black colors on your display as much as possible. Remember: Anything bright will consume more battery.

For those guys with rooted android devices can lower the CPU speed when performing simple tasks like messaging, calling etc. Under clocking save a lots of battery and even keeps your device cool. Underclocking will reduce speed while playing a heavy game but you can always Overclock it when needed.

You would have noticed that device becomes warmer from the back side after playing a heavy 3D game or video streaming or performing heavy tasks that uses more CPU, In such cases the battery drains fast. Keeping device cool saves battery. You can keep the device cool by taking a break for little while until the device gets cool down.