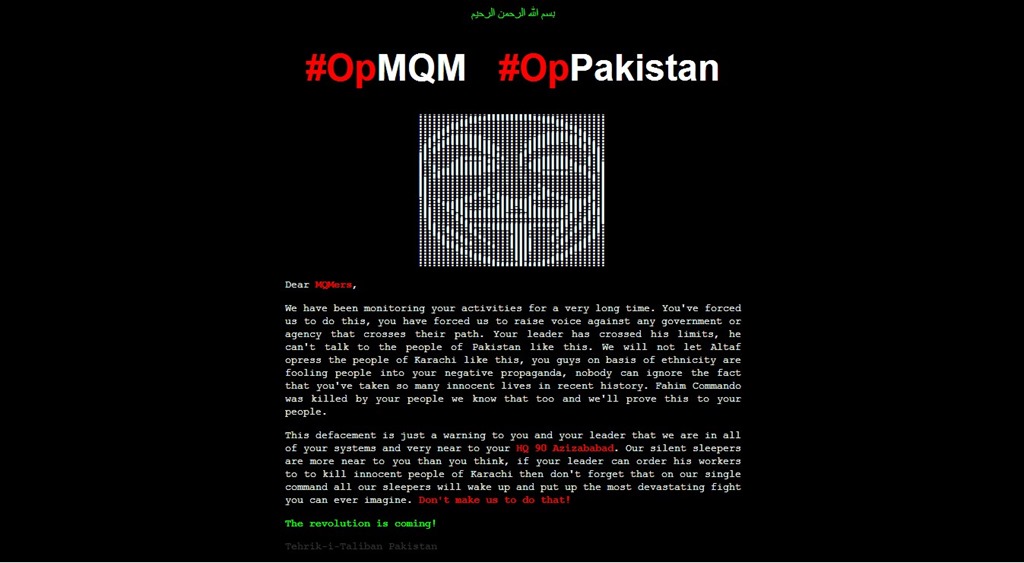 In middle of post-election drama, official website of MQM has been hacked by a group of hackers who call themselves “Tehrik-i-Taliban Pakistan”.

Hackers’ group with this name of TTP has emerged for the first time, and this is probably the first hacking instance of the group. We are already in process of gathering more information about the hackers.

Hackers, in their message left on MQM website, said that party leader – Altaf Hussain — has crossed the limits and he must not talk to the people of Pakistan like this.

It maybe recalled that MQM leader Mr. Altaf Hussain had yesterday threatened to koll PTI protestors who were protesting against alleged rigging of Election in Karachi.

“We will not let Altaf oppress the people of Karachi like this, you guys on basis of ethnicity are fooling people into your negative propaganda, nobody can ignore the fact that you’ve taken so many innocent lives in recent history. Fahim Commando was killed by your people we know that too and we’ll prove this to your people.

We are in all of your systems and very near to your HQ 90 Azizababad. Our silent sleepers are more near to you than you think, if your leader can order his workers to to kill innocent people of Karachi then don’t forget that on our single command all our sleepers will wake up and put up the most devastating fight you can ever imagine. Don’t make us to do that!”

Following is the screenshot of Hacked Homepage of MQM Website: 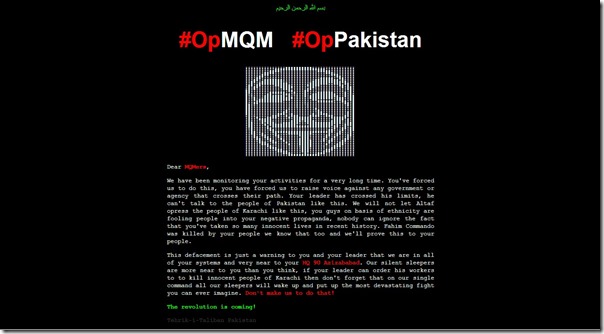 MQM has removed the defaced page and has restored the original content now.