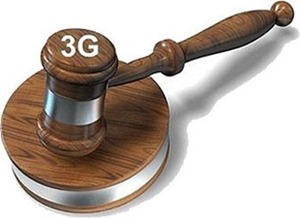 A petition for earliest auction of third-generation telecom licenses (3G, 4G, LTE) has been accepted by Supreme Court of Pakistan for hearing.

Petitioner has made Federation of Pakistan through Secretary of Information Technology, Pakistan Telecommunication Authority, Frequency Allocation Board and Universal Service Fund through its CEO the parties of the case.

Petitioner prayed that country needs modernization and fine telecommunication services, for which auction of third-gen telecom licenses is delayed for uncomprehend-able reasons.

The petitioner further prayed for early completion of the process of appointment of the three members of the Pakistan Telecommunication Authority (two members and a Chairman) on urgent basis rendering the authority functional and to issue directions to respondents to undertake and complete the auction of the 3G spectrum and licenses on urgent basis.

Hearing the case the Bench issued notices to respondents for filing para-wise comments within 10 days and issued notice to Attorney General for Pakistan.