It has remained no secret that Nokia is the undisputed leader of the Windows Phone market and a new report by AdDuplex only confirms that. The report tell us that 85.4% of all Windows Phone devices out there are Nokia Lumias while HTC comes at a distant second with just 11.5%.

Out of all Windows Phones out there, the most popular of the lot is the Nokia Lumia 520 which is a cheap, budget smartphone running on Windows Phone 8 which constitutes for 13.3% of all smartphones of this breed out there.

The previous Nokia flagship, the Lumia 920 is right behind it at 11.8% while another cheap Lumia, the Nokia Lumia 620 is at third with a marketshare of 9.6%.

The HTC Windows Phone 8X is the most popular non-Nokia smartphone in this list with a marketshare of 3.7%.

Windows Phone 8 is the most popular OS version with a marketshare of 61%.

Meanwhile Samsung and Huawei are almost non-existent with marketshares of 2% and 1.1% respectively.

What this report tells is that the keyword Lumia is almost synonymous with Windows Phone. As much as other companies might try, Nokia’s lead will surely won’t be surpassed by anyone anytime soon.

And with the launch of the long-awaited Lumia 1020 later this month, it will only most-probably surge in the coming few months. 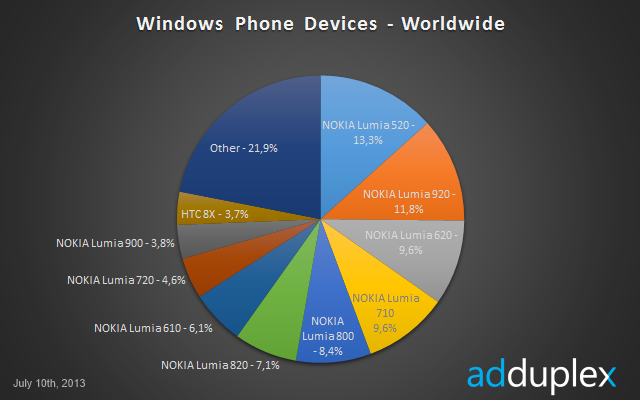 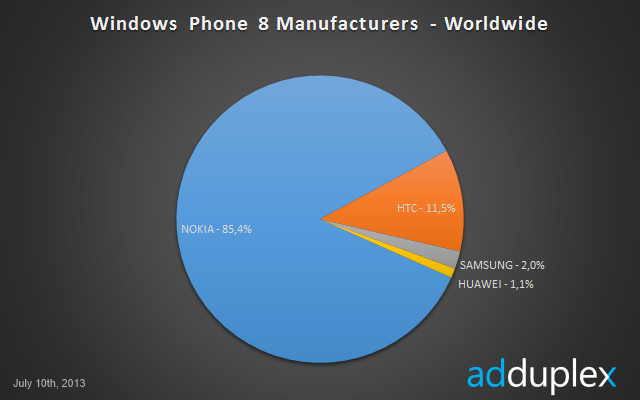 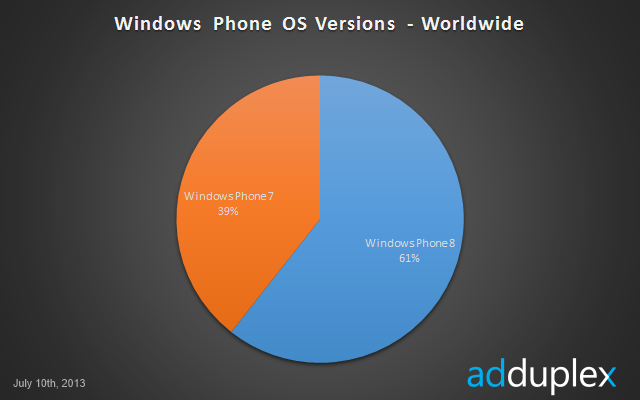