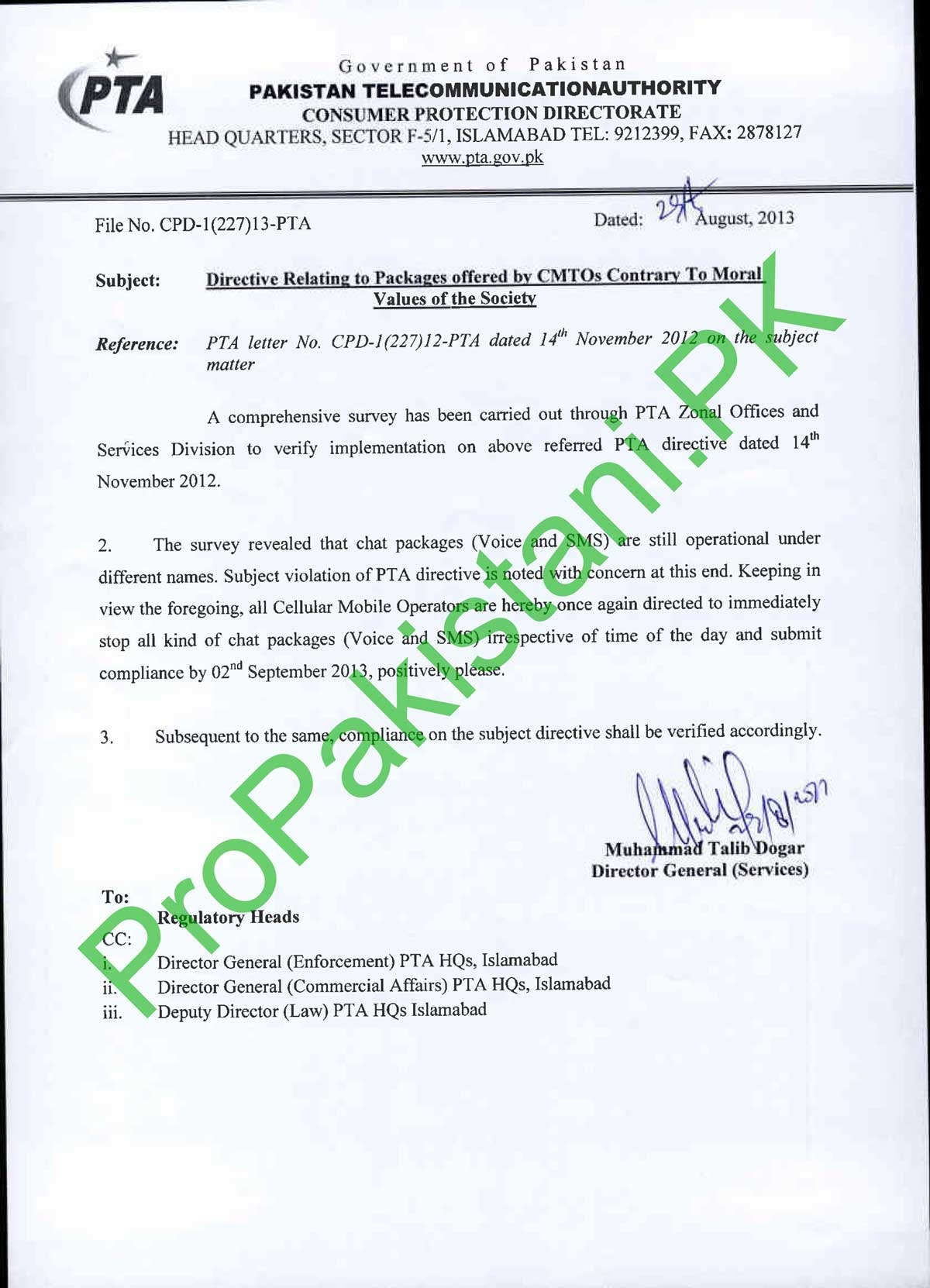 However, it is now emerging that that only voice and SMS chat rooms are to get blocked, and the usual SMS bundles and voice bundles that telecom companies offer are going to remain intact.

Read here the update: Voice and SMS Packages to Continue, Only Chat Rooms to End

Yes, you read it right. Pakistan Telecommunication Authority has directed all telecom operators to dis-continue all kind of voice and SMS bundles that are offered for any time of the day.

Telecom companies are asked to stop all kind of Voice and SMS bundles, that include daily, weekly, fortnightly and monthly packages by September 2nd, 2013 and submit a compliance report to the authority.

The letter from PTA, a copy of which is produced below, has made the social morality as a reason for the stoppage of voice and SMS bundles. The letter that reads “Directive Relating to Packages Offered by CMTOs Contrary to Moral Values of Society” reasons a survey conducted in November 2012 which suggested PTA that voice and SMS bundles were still active.

Taking the timely decision, PTA has now ordered the operators to stop the packages at once.

Omar Manzoor, Director Communications and CSR at Mobilink confirmed ProPakistani that his company received the directive late today. He said that Mobilink is reviewing the directive and will act accordingly.

Telecom operators are still unsure on how to react. Bigger operators are considerably happy about the directive which is a blessing in disguise for them. Smaller operators, such as Zong and Warid are furious for apparent reasons.

Analysts say currently the industry is derived by these voice and SMS bundles. If not reversed, the whole dynamics of telecom industry of Pakistan will change.

Conspiracy theorist say that PTA has made the case of banning the voice and SMS bundles on moral values, which is likely to be influenced by operators. They say that if operators don’t react on the decision then its apparent that this step is endorsed by the operators.

Other experts even question PTA’s ability to decide the pricing structure this way, especially when there’s no chairman or member at PTA’s head office.

Decision is a nightmare for the end users. The good old days are just gone. Now pay for each call and each SMS.

P.S. There’s no mention of Mobile internet bundles in the directive, which are likely to continue.

Here is the PTA Letter 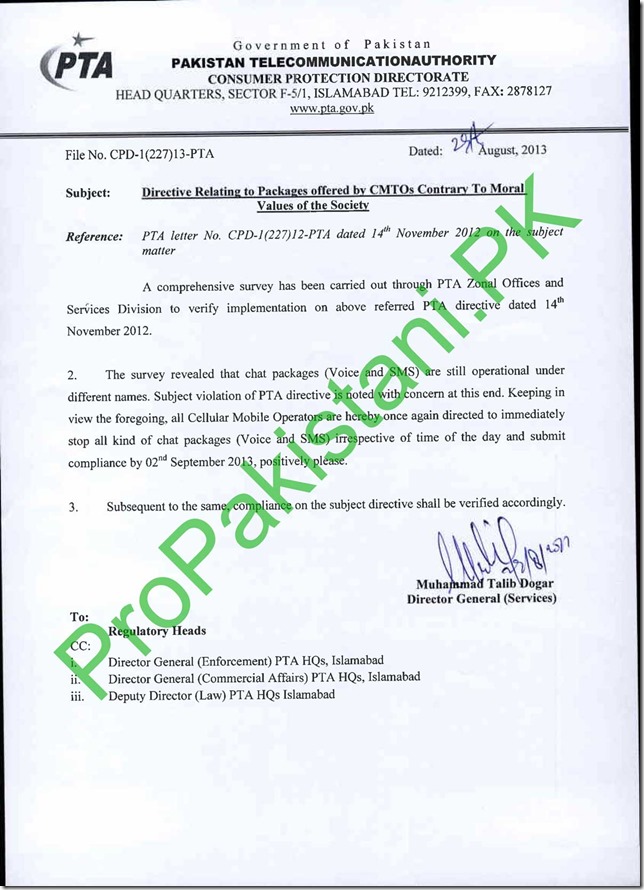