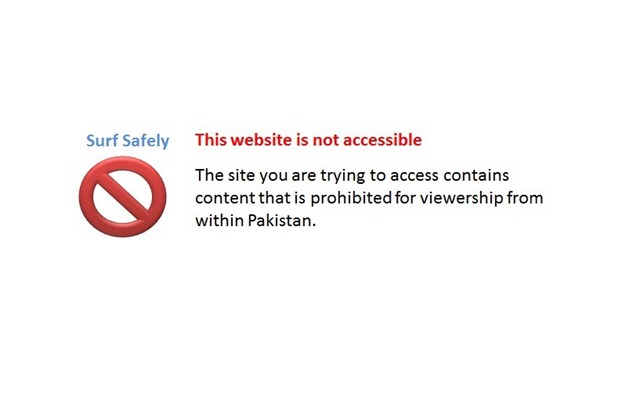 IMDB.com, the largest database of information on movies, TV and celebrities, is mysteriously blocked in Pakistan.

While we can confirm that website is not accessible throughout Pakistan, the reason behind the blockade is not known yet.

We have asked the concerned authorities to share with us the details of the ban on IMDB.com.

Apparently, as decided by courts earlier, if there was any objectionable material (read blasphemous) available on the website then only objectionable pages(S) was/were supposed to get blocked, not the entire website.

Inter-ministerial committee, that is the sole body responsible for taking decisions on blocking any website in Pakistan, should have considered better alternatives, such as blocking only objectionable pages – if there are any – as banning the entire website will only earn bad press for Pakistan and nothing else.

The time has come when there needs to be a regulation for censoring the internet. This Inter-ministerial committee should make public all the blocked websites and must explain the reasons for any bans to avoid misinformation and bad name of course.

We will update this post when we will have any further information (from authorities) available with us.

Apparently, there was a mistake on part of the committee that decided the ban. A tweet from Mr. Basit Alvi of Brain Telecommunication, reveals that access to IMDB has been restored now.

While we are not fully clear about the whole development, it can be safely said that decision was made in a hurry and was hurriedly reversed.

Mr. Basit mention that restoration of IMDB made possible by a Director General at PTA. Here’s the tweet:

#imdb restored in #pakistan … Special thanx to #pta and to director general who requested not to disclose his name.

Thanks to Shahid Saleem for updating us about Mr. Basit’s tweet.