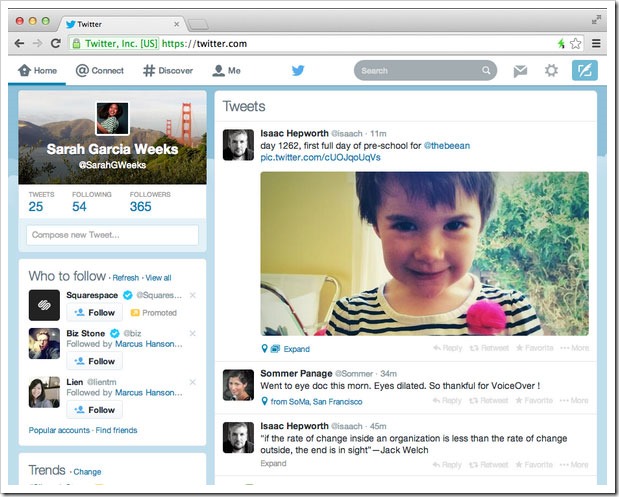 Twitter has seen a major redesign recently in its web interface.

The interface has seen a move from skeuomorphism to flat elements, as a part of the network to give it a similar feeling as its iOS and Android apps.

The stats are now displayed more prominently and black bars now replaced in favour of white. Users will also be able to customize the experience a bit by choosing hues of links and backgrounds of their own choice.

This is the first major change which the web interface has seen since August of 2013. Given Twitter’s history of frequently experimenting with various designs of its apps, it finally seems that it has settled for a single, universal one now.

So far, the response on Twitter has been fairly mixed, despite a lack of major changes. We must learn to live with it though. And since most of the social network’s users go online through mobile devices, this certainly seems like a step to make the smartphone users feel at home on the web as well.