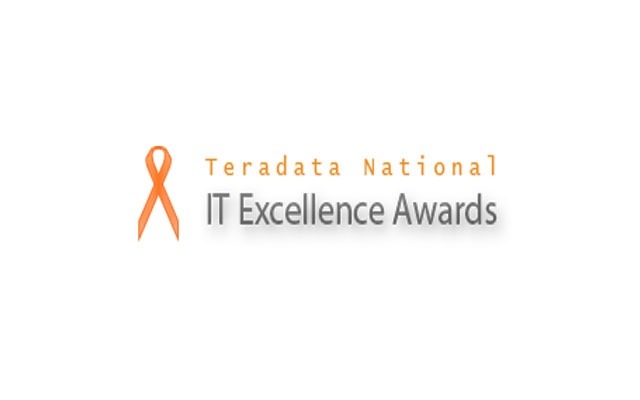 Teradata has announced winners of the 12th Teradata National IT Excellence Awards for 2014.

Shahid Khaqan Abbasi Federal Minister for Petroleum and Natural Resources was the chief guest and Dr Syed Ismail Shah, Pakistan Telecommunication Authority (PTA) presented the winner’s trophies at a grand event on May 18 at a local hotel.

Abbasi recognised Teradata’s efforts in promotion of information technology and related professionals in Pakistan through annual recognition and awards program ever since its launch in 1997. Dr Shah acknowledged the efforts of Teradata and also congratulated the winners for achieving excellence in their respective fields.

“It is my honour to welcome the winners of the Teradata National IT Excellence Awards to the ranks of high achievers as adjudged by the panel. We are pleased to recognise their talent and achievements and to be part of their journey to further excellence,” said Khuram Rahat, Teradata managing director for Pakistan, Afghanistan and Bangladesh.

The winners of the 12th Teradata National IT Excellence Awards are:

Nominations for awards were received by independent auditors KPMG Taseer Hadi and Co. Seven judges evaluated the nominations on the basis supporting documents. The compiled results were later announced by the auditors.

Judges for the 12th Teradata National IT Excellence Awards were: