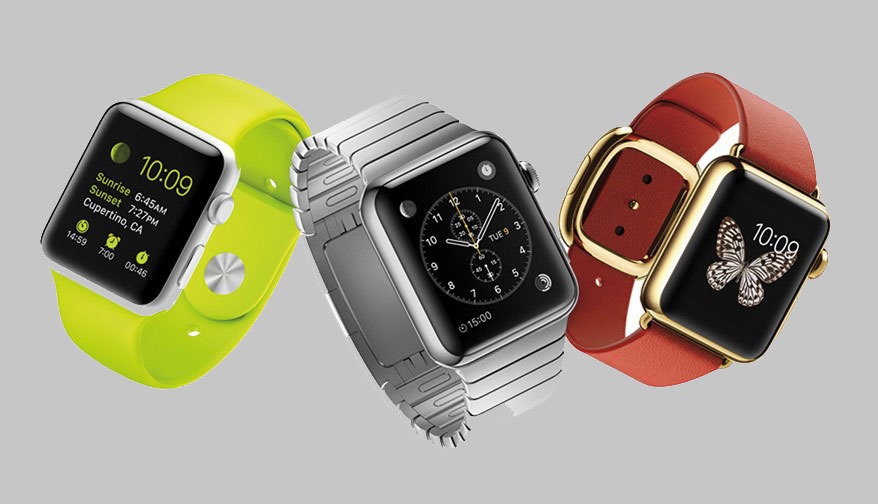 Apart from the new iPhones, Apple also launched its much-awaited Smartwatch yesterday. Aptly named the Apple Watch, the new gadget comes with specs that might sound dull at first and was called a “comprehensive health and fitness device”.

“This is the most personal device we’ve ever created.”

You start with the display at the front. Don’t know about the screen size, but it is a flexible Retina Display with sapphire screen. The watch comes in two configurations: a 38mm and a larger 42mm in size.

Behind the watch are four sensors: Accelerometer, gyroscope, heart-rate sensor and a Taptic Engine. The last one is used to distinguish between a forced touch and a tap so it can actually detect what amount of force is being applied.

“What we DIDN’T do is shrink down the iPhone interface and put it on your wrist.”

As with Apple, the experience is all that counts, not the specs and Apple has started from the ground up on the OS. The big part of that experience is the new Digital Crown, which serves as a home button. However, it also zooms and scrolls meaning you don’t have to touch the screen and obstruct the view every time you use it. 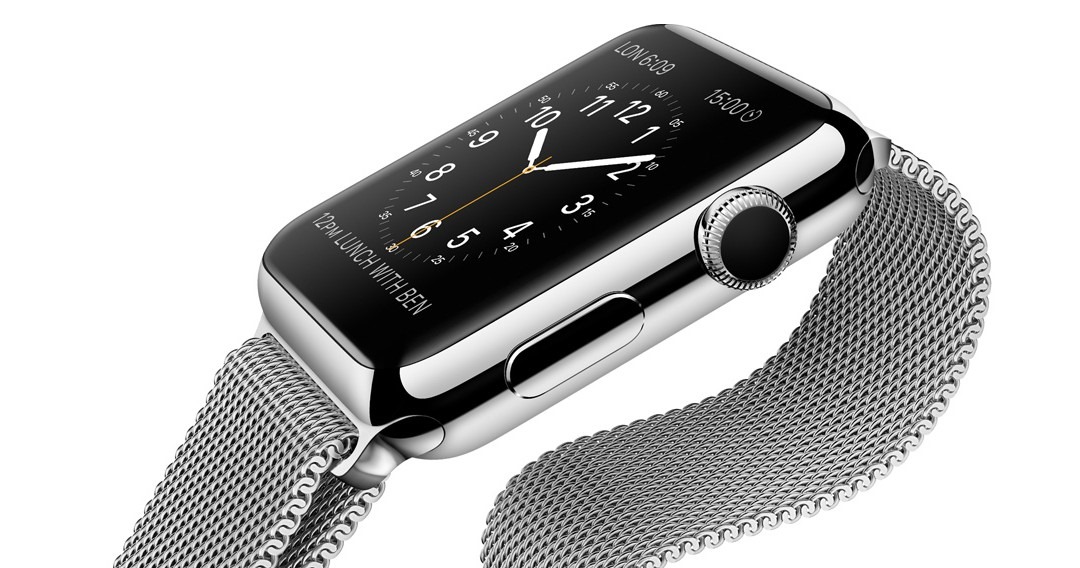 On the screen itself, the interface is quite swipe-based. You’ll probably see reflections of Android Wear but let’s be honest, inspirations are everywhere. The Watch wouldn’t have existed otherwise and the OS has its own high points too.

There’s also another little button below the Digital Crown, called Digital Touch. A few applications come pre-installed, including Siri, Maps, Music, Calendar, Photos and health & fitness software. Apple has also released a new WatchKit, which will enable the developers to make custom software for the Watch. Facebook and Twitter are onboard, while BMW is also making an app to help you locate your car. Apple Pay, the company’s radical new system for payments works in the Watch via Digital Touch.

Like I said earlier, the device can also distinguish normal taps from the “Force Touch” and supports haptic feedback. Other than the home button, the watch can also wake up by lifting your hand. It most-possibly can’t work as a stand-alone device, as the only modes of connectivity are Bluetooth 4.0 and Wi-Fi 802.11b/g. It depends on your iPhone for GPS.

Here are few things that Apple Watch will help you achieve: 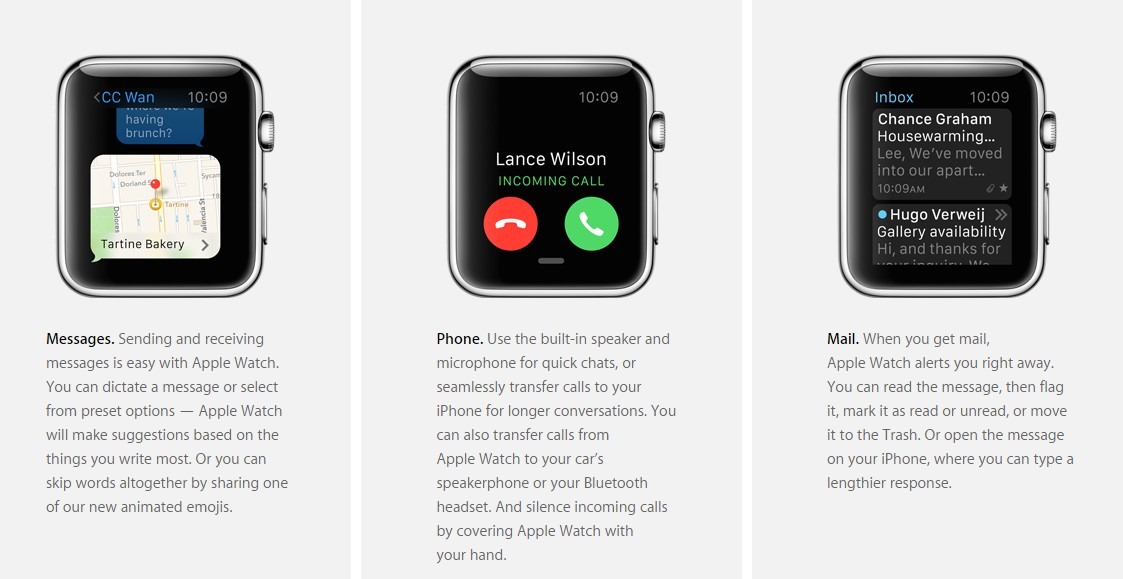 The watch itself will be available in three editions: The Standard Watch, the Watch Sport (anodized-aluminium version with strengthened Ion-X glass and colourful bands) and the Watch Edition (comes with 18K-carat gold cases in yellow or red colours.) The normal Watch comes with metal bands. They all require an iPhone 5 or better to work.

Talking of price, the watch costs $350, which is decidedly huge. Considering it’s a first for the line-up, you’ll have to double check whether it’s worth it.

However, during the entire presentation, the detail which we were looking for was missing: battery life. Considering that the best watches on the market with colour displays manage a day at best, it would’ve an ideal situation for Apple.

In case you’re tempted, the Watch will hit markets “early 2015”. No specific dates. Until that special detail is hidden, we don’t think anyone can recommend this watch easily. However, if you don’t mind plugging your watch every night, and can swallow the price tag (and own an iPhone 5 or above), then you can’t go much wrong with it. 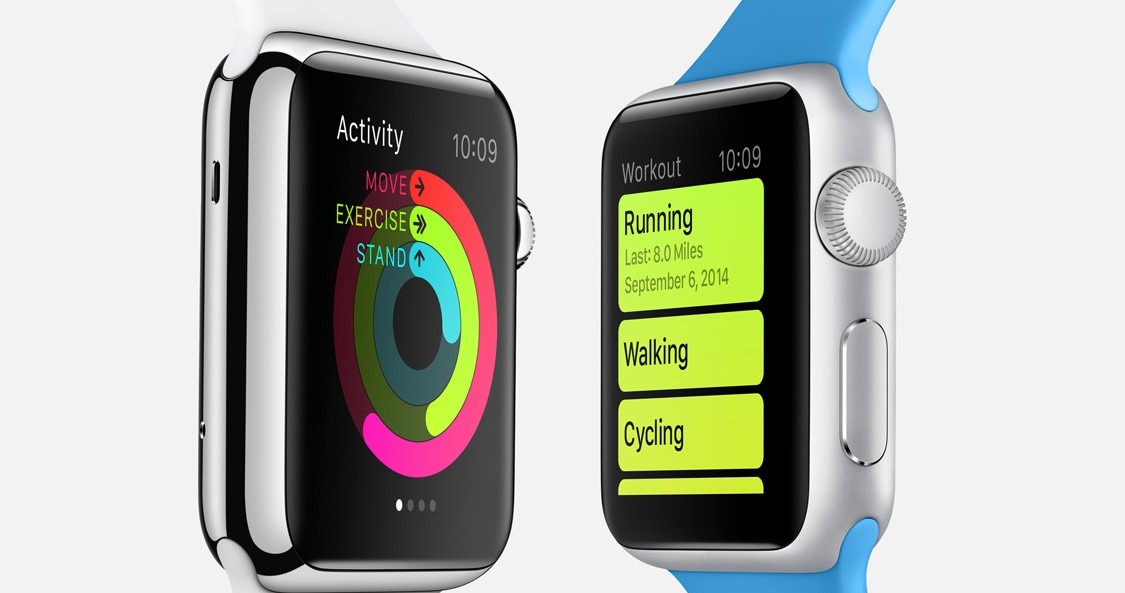 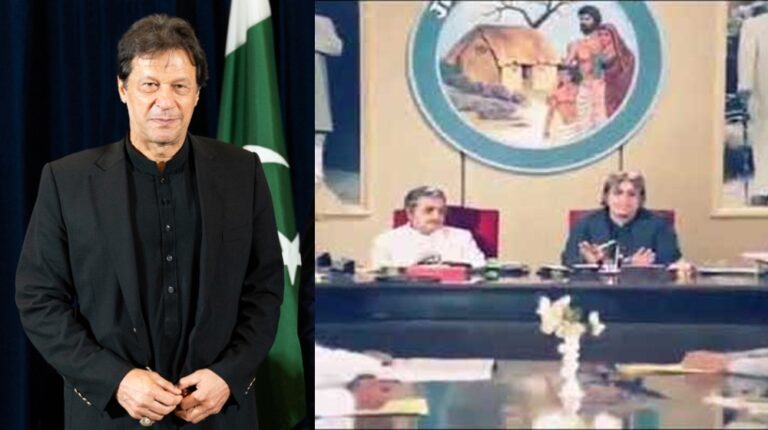