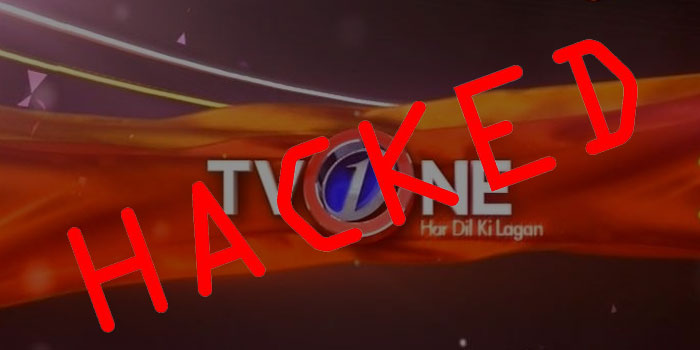 The hacker group which defaced the home page of TV One Global left the following message:

“Pakistan doesn’t need any foreign enemies when it has their [sic] own. It’s not the first time TVOne did this. We also hacked your website when you were broadcasting Indian cultural programs last year.

We will no tolerate anyone who go against the ideology of Pakistan. By broadcasting these dramas you are putting more fire in the fuel.

We again request you to look into this matter carefully because if we can hack your website imagine what can we do more to spread destruction?”

The message was signed off by a group calling themselves the ‘Interactive Federation of Cyber Intelligence’. Members of the group include: MuJahid HaXor, Muhammad Bilal, Kai HaXor, Acetic HaXor and Magic HaXor.

While TV One’s website is unavailable right now, we managed to take a screenshot before it went down. Here it is:

A similar purpose driven hack took down Jamaat-e-Islami’s website not long ago. With computers and the internet becoming ubiquitous, the barrier for entry is lower than ever. It doesn’t help matters that even script kiddies (people who use known code or techniques to exploit security flaws) can do serious damage now.

There is little to no emphasis on security in Pakistan and hacks like these are the inevitable result. In today’s world, nothing is truly secure.

Given enough time, anything can be cracked. Security now relies on making things time consuming enough to hack that it’s not worth the while of the malicious group or the individuals. To do that, you need to spend money and the sooner everyone realizes its a worthwhile investment, the better.