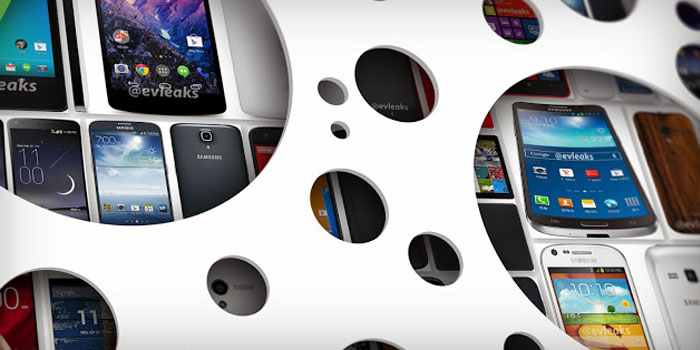 The HTC One M9 got leaked before its proper unveiling. Even the Samsung S6 and its cool sibling the S6 Edge suffered the same fate. Sony’s new Xperia tablet was also a victim too.

Hardware and software leaks are a reality. And there’s nothing much tech titans can do to deter it.

All these products somewhat lost their luster in the run up to the Mobile World Congress that’s going on right now, thanks to their premature and unofficial unveiling. For this we can some enterprising (and professional) leakers, an overeager member of the tech press, or some mischief maker who just wanted their 15 minutes of fame on Twitter. Its really hard to tell what the motivation of these leakers are though they do tend to generally come from these three categories of people.

But there is another side to this story too. Sometimes the companies themselves deliberately leak information to build up hype for their products. And then there are times when a mistimed YouTube ad or a product website goes live and spoils the whole surprise. It has been known to happen.

The HTC One M9 Case

The HTC One M9 had its press shots leaked first by famed leaker @evleaks aka Evan Blass, a leaker who was thought to have retired from the game. And before anyone would blink, the trolls and the critics panned the phone for looking too similar to last years model. Well if memory serves, some phone makers do go for a subtle update to their phone’s designs while at the same time, they update and beef up the internals.

HTC’s brushed aluminum design still is a sight to behold and sets the standard for other Android hardware manufacturers to up their game. But since we live in a world with 24 hour news cycles and constant craving for the new, it wasn’t hard to see how things would turn out with the leak. The internet does have a nasty habit of turning into a polarizing camp at times like #DressGate.

Now lets take the case of the Samsung S6, whose leaked body design didn’t attract quite the hatorade that the M9 did. The major reason behind this was that Samsung has finally shredded that reviled and plasticky frame from the previous Galaxy phones, incorporating a metal and glass design in its place.

Its new range of Galaxy phones look like a marvel of design just like the iPhone 6. And the S6 Edge has got a nice new display tech at both the edges of the phone too, which is, let’s face it, a ‘new’ feature of sorts. Yes the Note Edge did it before, but only on one side of the phone. And there are other differences too if one looks at them a bit too closely.

The infamous iPhone 4 incident and what it meant for Apple

Coming back to the subject of leaks, it seems like no one is immune to this. Apple was once like the Fort Knox, with a culture of secrecy that would put the Illuminati to shame. Notice I said was. People remember that before 2010, before that iPhone4-at-the-bar debacle ever happened, it seemed that no one would get anything out of Apple.

There are more now reasons and ways to unearth secrets, even if you happen to be the world’s most richest tech company by revenue. Now Apple increasingly relies on third parties like Foxconn and others to meet its herculean production demands.

Such large-scale manufacturing demands has robbed it out of its ‘mystique’ from the old days since its hard to control an errant Chinese worker at one of those factories where iPhones are put together.

Leaks. The industry hates it but seems helpless to stop it in this age of social media and mobile devices. Keeping a hot product launch all secretive is wishful thinking now. Even the threat of legal action isn’t enough to deter leakers of today. After all, the world has become an increasingly small place now.