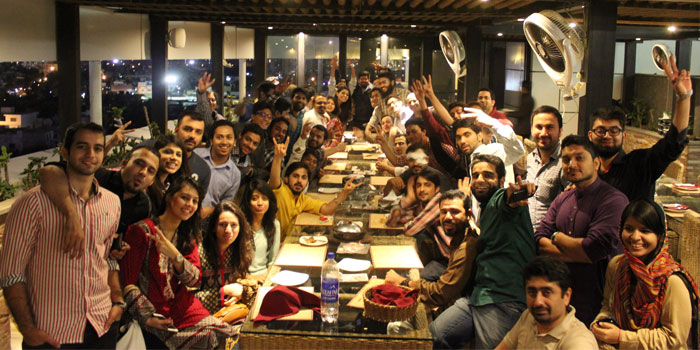 Kaymu.pk has completed its second year of operations in Pakistan. The landmark was celebrated with an all employee event which was held in company offices in Lahore and Karachi, with both stations in live video conference with all employees involved.

“Kaymu, in the short time it has been in Pakistan, has been breaking down a lot of barriers to trade. Through our platform, small businesses and manufacturers have been able to connect directly to their customers.

Kaymu is providing a complete end to end solution to its sellers, especially those who have no experience of eCommerce.

It has never been easier for any budding entrepreneur to set up a business online. We have an amazing team in place working tirelessly and I am confident we will continue to grow in the coming years.”

Kaymu.pk has grown fast in its second year in Pakistan, with number of daily orders growing more than three times as compared to the same time last year. The number of sellers listed on the platform have grown more than five times in the one year period since its first anniversary in Pakistan.

Another major development for Kaymu.pk in its second year was the launch of a new office in Karachi. The company now has full scale offices in two major cities of Pakistan, boasting hundreds of employees.

Mr. Dawood further added that he sees a huge market for eCommerce in Pakistan and believes that the pace with which this 6th largest country in the world has started to adopt technology, acquiring 9 million 3G users in 6 months, is phenomenal.