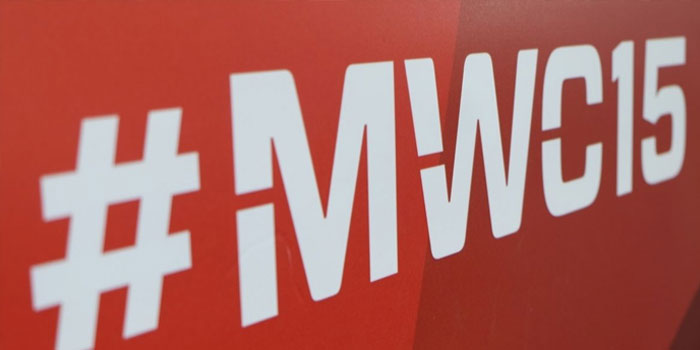 As always, Mobile World Congress (MWC) this year has been quite the spectacle with a number of Smartphones and wearables being unveiled. Besides the usual showcasing of impressive mobile technology, it featured addresses by a number of CEOs from renowned companies.

Zuckerberg took upon stage to show his support for Internet.org which is a collective effort of telecom providers and Facebook to offer internet services where they are otherwise scarce. He mentioned that Facebook continues its efforts to connect people with merely an app that drives an entire social network.

He highlighted that a sound system of conventional telecommunications is necessary to allow connectivity regardless of how fancy the idea of having drones do that sounds. He went on to state that balloons and satellites are certainly an expensive route to take and approaching that first requires the growth of operator business.

In addition, Zuckerberg let people in on his hiring secret; he would assess the person by thinking if he would work for the same person had he been the one looking for the job. He stressed the need to keep faith, and that people get to hear that they are inexperienced more often than not when they are just starting out. He reminded the auidence that he was merely 19 when he embarked on this journey.

CEO Samsung addressed the audience at the launch of new flagship phones, Galaxy S6 and Galaxy S6 Edge. He mentioned that Samsung’s policy utimately boils down to relentless innovation. He stressed that while some crporations differentiate themselves in terms of design whereas others in regards to technology, Samsung is focused on both.

Shin highlighted his company’s mindset to not become complacent but keep pushing forward instead. He believes that the launch of the all-new Samsung Pay will be another step forward in that regard. It is set to greatly facilitate mobile payments system for the users. He also pointed out to people that Samsung was focused on enhancing battery life. Quick Charge technology in Galaxy S6 is an example of that.

CEO BlackBerry expressed his satisfaction over the company’s financial position given the relatively healthy outcome evident in last quarter. He stated that BackBerry is getting back on track and set to make more money in the future. Chen is also of the view that it’s slightly ahead of its two-year turnaround plans.

He went to state that generating more cash requires the sale of more devices which has been the plan for this year. BlackBerry has planned three devices other than BlackBerry Leap with physical keyboards will be launched once work on them is complete. He is also relying on messaging services as well as security management and QNX embedded systems to govern BlackBerry’s comeback.

He further stated that BlackBerry software was much more important for the company than just rolling out smartphones; it’s envisioned to be everybody’s end point. In addition, support from mobile networks can do wonders in regards to the company’s recovery. Finally, Chen expressed to the public that a new tablet was not out of question; it could potentially happen sometime in the future.

CEO Nokia pointed out the big strides Nokia took following the sale of nearly all its products and services. He envisions people being connected across over 50 billion devices by the year 2025. He said that a strong financial position means that Nokia can continue to positively invest in innovative products and services as Nokia celebrates its 150th anniversary.

Suri was clear in his stance against net neutrality which is the concept that traffic on the internet is equally treated. He mentioned that self-driving cars required a completely different level of connectivity. They naturally require communication over wireless networks at blazing speeds to make quick decisions on the road. He pointed to Nokia’s policy of instantaneous low latency communication in order to prevent collisions in the process. Thus, he wants the state to think long term.

CEO Ericsson was vocal about the company’s vision and what its impacts were going to be on the society as a whole. He highlighted a total of four significant changes scheduled for this year including more people watching on-demand video each week rather than broadcast TV, mobile broadband coverage exceeding 70 percent, growth in LTE subscriber base over 80 percent and video drawing one-half of mobile data traffic.

He identified a few key changes in the industry such as the rapid transition from physical products to digital services. He announced a number of different hardware and software at the MWC, including the hyperscale features of Ericsson Cloud System. He stated that Ericsson is focused on ‘realising a digital industrialization streategy’ rather than merely a cloud solution. This will address a flurry of isues concerned with automation, governance and security.