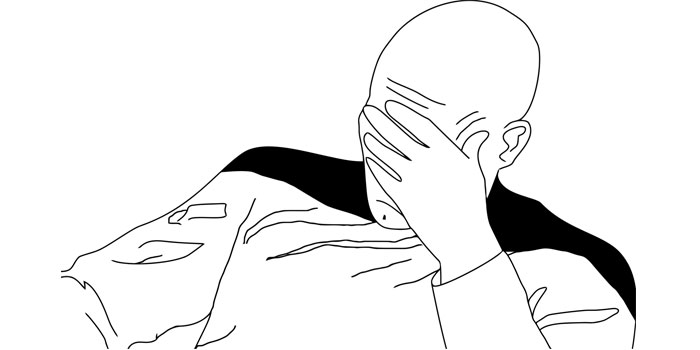 Never trust the internet. That’s an adage as old as rusty as any and with the rise of clickbait, viral videos and fabricated stories to drive traffic, has never held truer.

Recently, a video on DailyMotion had been making the rounds. In it, two men ‘reveal’ the real reason why there are so many leaked videos from smartphones these days. You see, all batteries on Samsung devices have a chip on them. A spy chip, if you will. And that constantly uploads all your personal information including videos to the internet to be viewed by anybody. Devious, eh? That’s why a lot of people have taken to opening up the batteries of their Samsung devices and throwing away these evil chips (which also apparently are the cause of your phone getting hot). Phew. Privacy disaster averted!…right?

The videos is a hoax. Don’t follow the instructions in it!

Not really. What a number of people actually did was destroy the NFC chips in their Smartphones which – you guessed it – come attached to the battery (for most modern smartphones). If you aren’t familiar with NFC, here is a short primer.

NFC, which stands for Near Field Communication, is an evolution of RFID. It’s used to transfer data between two devices held in close proximity (a few centimeters). NFC tags have already seen a wide variety of applications like triggering specific profiles when you enter your home or office to eliminating the need for customers to enter a WiFi password in shops.

More importantly, NFC is being hailed as the future of payments. The next trend is to eliminate plastic cards altogether and use your Smartphone for payments. NFC is the key technology in making that happen. We could go on but let’s save that for another day and just agree that NFC chips most certainly aren’t spy chips.

Which brings us back to these buffoons who have already racked up 75,000 views on their video.

We cannot stress the importance of fact checking everything you read or listen or watch on the internet. This time it was two trolls who made your NFC chip useless. Next time, it could be something much more dangerous. There are people out there who get off on making others miserable, and the gullible among us are a target and a great source of amusement for them.

So if you ever read something that sounds strange, just ask around before you do something you can’t take back. Or hell, just message us on our Facebook page.