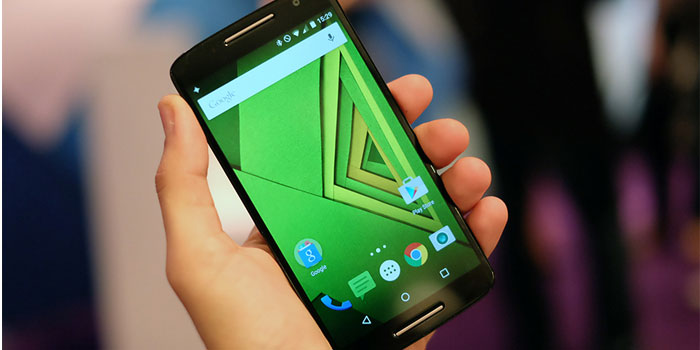 For years you’ve asked for a reasonably priced smartphone with minimum customizations from Motorola. Well, that wish has been finally granted with the arrival of the cheaper version of Motorola’s flagship, dubbed the Moto X Play.

But that doesn’t mean this phone is a slouch. On the contrary, it is the most alluring mid-range phone on the market, costing around 300-400 dollars lesser than flagships. That makes its price around $300.

On the front-end, you’re getting a 5.5” display with 1080p resolution. Like the Style and the G, the Play too comes with Moto Maker customization, which is rather limited but a cool feature anyway.

On the inside, the X Play comes with a 1.7 Ghz 64-bit Snapdragon 615 with octa-core configuration. Apart from that, you also get 2 GB worth RAM and 16 GB internal storage, which is expandable. Much like its older cousin, the Play comes with a 21 megapixel back camera with 1080p video recording rather than 4K, as the processor here doesn’t support it.

There is a 5 megapixel camera at the front as well. The phone runs on Android 5.1.1 Lollipop, which is near-stock and features a few Motorola apps. Connectivity options include Bluetooth LE, NFC, Wi-Fi, GPS and microUSB.

One of the biggest features here is the battery, which stands at a 3,630 mAh, substantially larger than that of the X Style. According to Motorola, it should last around 2 days, and also features TurboCharging, a feature which is faster than conventional fast-charging.