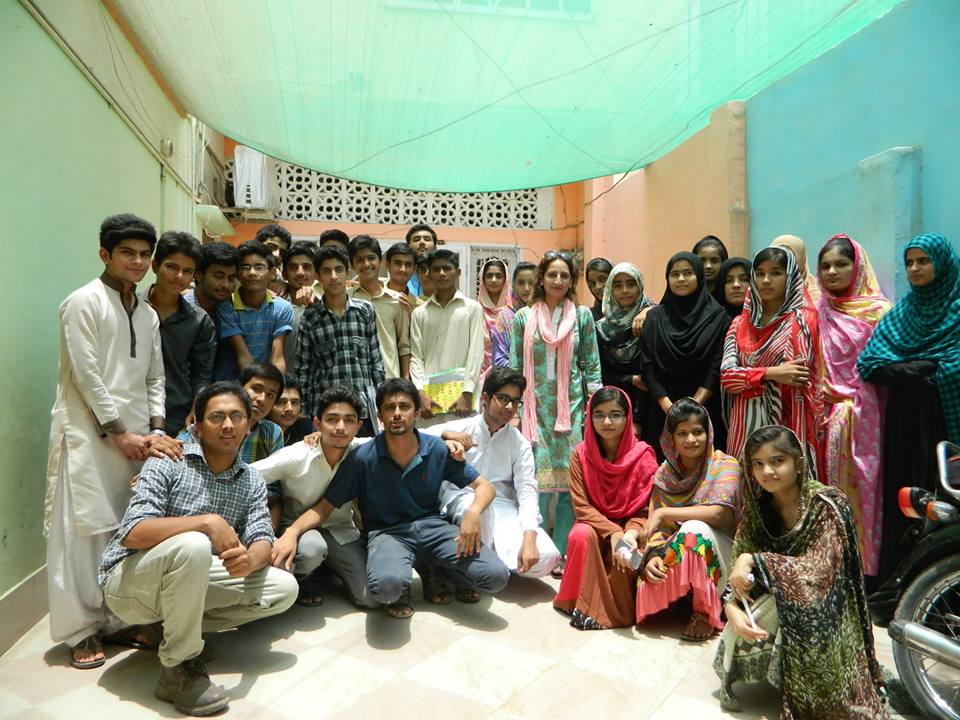 After successfully launching their student body and educational programs in Tando Jam and adjoining areas, RETO Foundation is now in Mirpur Khas.

Shades, a student wing of RETO Foundation, follows an election-based model and aims to empower local youth by giving them leadership opportunities. Shades has now more than 130+ members from different towns of rural Sindh.

We hope to keep increasing these numbers and our impact because this way communities get more involved in the process of change when they see their children making efforts for the whole community.

To mark this event, RETO Foundation also held a Career Guidance Seminar. The event included workshops and guidance on various academic and professional fields, scholarships, and skills required at the workplace. At event, RETO’s executive team members, Shahzad Akbar and Kashif Shiekh were accompanied by Faraz Hussain from LUMS to conduct these workshops.

Many students in Interior Sindh are still not aware of so many existing opportunities in Pakistan, and our team through this Career Guidance program is helping them to avail these opportunities. Anyone from anywhere can contact us to ask for help/guidance.

The RETO team has been working in Tando Jam, Moosa Khatyan, Sawan Khan Gopang and Tando Qaiser since 2012 and has launched various initiatives including Career Guidance programs, Smart Study program (a free-of-cost program held in the summer to train students for university-level academics) and Olympiad which was the largest sports event in the history of Tando Jam in December, 2014 amassing more than 3000 people including more than 1400 students from 9 cities.

RETO aims to empower rural communities following its vision which is to strive towards a future where each individual can discover opportunities of today, and possesses the skills to achieve them.  RETO stands for Reach, Engage and Transform the Outreach. RETO Foundation is a two year old organization started by a group of friends from LUMS.

RETO aims to make opportunities more visible for everyone through the platform of education and technology. RETO has boldly taken up this challenge and aspire to deliver opportunities in every aspect of life by providing and improving education. RETO’s special weapons are technology and education. RETO believes that technology and education are the best cost and time effective tools to reach, engage and transform the outreach to every other soul out there.

Few of the members of Shades Students Council from 2013.