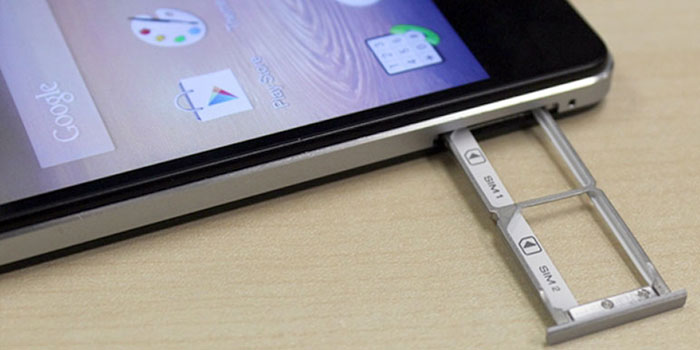 Smartphone is a necessity. Everyone knows that. Then there are those people who require two SIMS (to separate work and home life maybe) and they don’t want to go through the hassle of carrying two phones. The following dual SIM smart phones not only solve this problem for them, but they are also some of the best phones in the market which are not far behind the market flagships. Best of all, they are great value for the money.

This is easily the most expensively lavish but the best dual SIM phone out there. It is thin, waterproof and has a 5.2 inch 1080×1920 display. Its power is derived from a 2.5GHz processor alongside 3GB RAM and the best part of all is the amazing battery life with a 3100 mAh capacity.  With a 20.7 mega pixel rear camera and a 2.2 mega pixel front camera, it’s even better than some flagship Androids out there. Z3 is worthy of your attention because it’s the best example of an all-rounder and by far the best the company has ever produced (until the Z5 that is).

Huawei Honor 6 Plus packs quite a punch with a 5.5 inch 1080×1920 display powered by 1.3GHz octa core processor alongside 3GB RAM and 8-megapixel rear camera. It is a photographer’s delight with its dual camera system with two 8 MP sensors. Calling this ‘symmetrical dual camera technology’, Huawei offers quite a lot with the device, complemented by a good battery life. It’s a high end phone high-performance phone in a slick and tough frame and definitely worth recommending.

This is another version of the flagship device HTC One M8. This one has a plastic coating instead of an aluminum uni-body construction supported by M8 so it can be called the plastic twin; it offers dual SIM slots while maintaining the excellent specs of its sibling. It has 16GB internal memory expandable up to 32GB, 2GB RAM, 13MP primary camera (not dual) and 5MP secondary camera. It also supports a 2.4 GHz CPU. The HTC One E8 is a phone you will be happy to carry around and use because you can get the best experience similar to M8, both aesthetically and spec-wise.

Armed with one of the largest phone batteries ever (4000 mAh) it allows 16 hours of video playback which is quite a feat. It has elegance and high durability. Other specs include a 5 inch 720p HD 5 inch display with excellent appearance powered by 1.7GHz processor alongside 2GB RAM, 16 GB storage and 13-megapixel rear camera, while a 5 mega pixel camera graces the front of the phone. Offering dual sim with amazing specs that match those of single sim phones in the same range, the Lenovo P70  is definitely worth buying.

This is one of the best sets within a moderate price range. With the ‘best cheap phone’ crown, it packs a 5-inch, 720p screen with a sheet of Gorilla Glass 3 and a 13 mega pixel camera. It supports a 2,470mAh battery, joined by a microSD reader that accepts cards as large as 32GB. It has a quad-core Snapdragon running at 1.4GHz which is plenty powerful and a 2 GB RAM. Motorola is already famous for its android handsets which fall in an affordable price range and the Moto G is no different.

This is another dual SIM Smartphone with 5.5 inch 720p display powered by a 64 bit octa core 1.7GHz processor. Even if it had a 32 bit processor, it would have still been one of the best mid-range phones out there. It has 1GB RAM and 16 GB storage capacity. With the 13-megapixel rear camera and 8 mega pixel (now that’s high quality!) front camera, it’s a selfie paradise. The Desire 820 even allows you to merge your friends’ photos with yours. Last but not the least, HTC BoomSound speakers give you an incredible mixed media experience.

This is a basic 4G smartphone with 5 inch 540×960 display powered by 1.2GHz processor alongside 1GB RAM and 8-megapixel rear camera. The feature rich cameras and an attractive build up help push the Galaxy Grand Prime past other budget rivals. It has a high resolution video and selfie lens (5 mega pixel front camera) and with a 2600 mAh battery, it easily gives a good user experience with dual sim at an affordable price.

This is a phone with is both very good and very cheap. If you are not looking for something over the top as your dual-SIM smartphone experience, this one is for you. It’s not that it doesn’t have plenty of merits to show for its price, it definitely does. The Moto E has a big screen (4.3” qHD display) fast internals powered by a dual-core Snapdragon, a fair quality camera (5 mega pixels) and a fantastic battery life. Not to mention its running Android 4.4 Kit Kat from the box with a 1 GB RAM. If this works for you, Motorola Moto E will make a worthy sidekick.

This phone is light weight and offers a good screen quality at a budget price. It offers a fairly good 5-megapixel camera, a small yet bright screen, relatively long battery runtime with a 1500 mAh battery, and the Android 4.2.2 interface in conjunction with TouchWiz. It is powered by a 1.2 GHz processor, a 4GB storage capacity and a 768 MB RAM. Buyers looking for a particularly affordable dual-SIM smartphone will certainly not be doing anything wrong with the Galaxy S Duos 2.

This is a successor to the popular 520, and this dual SIM set packs upgrades where it was necessary. It has Windows 8.1 out of the box and is powered by a quad-core 1.2 GHz Qualcomm Snapdragon 200 CPU with a 4GB storage capacity, expandable up to 128GB. Apart from these features, the Lumia 530 supports a 5 mega pixel camera, a personalized start screen background and action center. If you like Windows phones, are on a tight budget and need dual SIM feature, you should consider this one for sure.